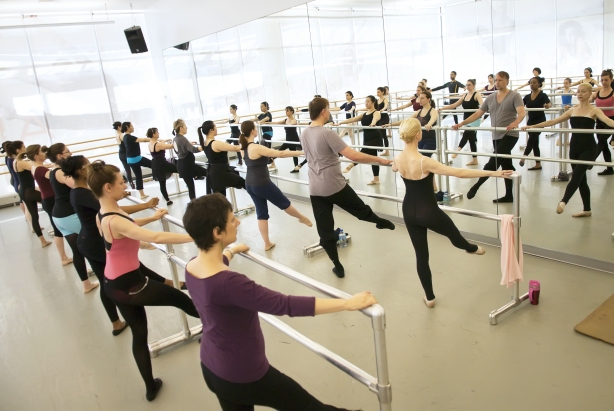 The Ailey Extension is offering fans nationwide a chance to take the magic of dance from the stage to the studio with a free class at Ailey’s home – The Joan Weill Center for Dance. This special “Ticket to Dance” promotion offers a complimentary Ailey Extension class with a ticket stub from any Alvin Ailey American Dance Theater or Ailey II performance around the nation, including the company’s New York City Center season running now through Dec. 30th.

Ailey Extension instructors will move fans in a unique way with classes inspired by Alvin Ailey’s American masterpiece, Revelations and other diverse repertory, including House Dance classes which reflect choreography in hip-hop pioneer Rennie Harris’ world premiere work, Home; and West African which mirror movements found in From Before by Garth Fagan, the Tony Award-winning choreographer of The Lion King.

Get a “Ticket-to-Dance” today with a ticket purchase to an inspiring Ailey performance at New York City Center from now until Dec. 30th. Two dozen premieres, new productions, repertory favorites and classic works will be highlighted, including Robert Battle’s explosive The Hunt and Alvin Ailey’s beloved American classic Revelations.

With a “Ticket-to-Dance,” audiences who are inspired by Ailey’s extraordinary artists can join in any of the 80 public classes offered at The Joan Weill Center for Dance, New York’s largest building dedicated to dance.

Tickets starting at $25 are available at the New York City Center Box Office, through CityTix at (212) 581-1212 or online at www.nycitycenter.org. Each “Ticket to Dance” is good for one year from the performance date for first time students, and when purchasing a 10-class card for classes at The Ailey Extension in New York City for returning students.

Since its inception in 2005, The Ailey Extension has fulfilled Mr. Ailey’s life-long commitment of bringing dance to everyone by offering “real classes for real people.” The Extension offers over 80 classes per week in over 25 different dance and fitness techniques for all levels. Over 48,000 people have taken classes at Ailey’s home, New York’s largest building dedicated to dance, where dancers of all levels and walks of life can learn and be inspired – body, mind, and spirit.

For complete class schedules and information on The Ailey Extension, please visit www.aileyextension.com.