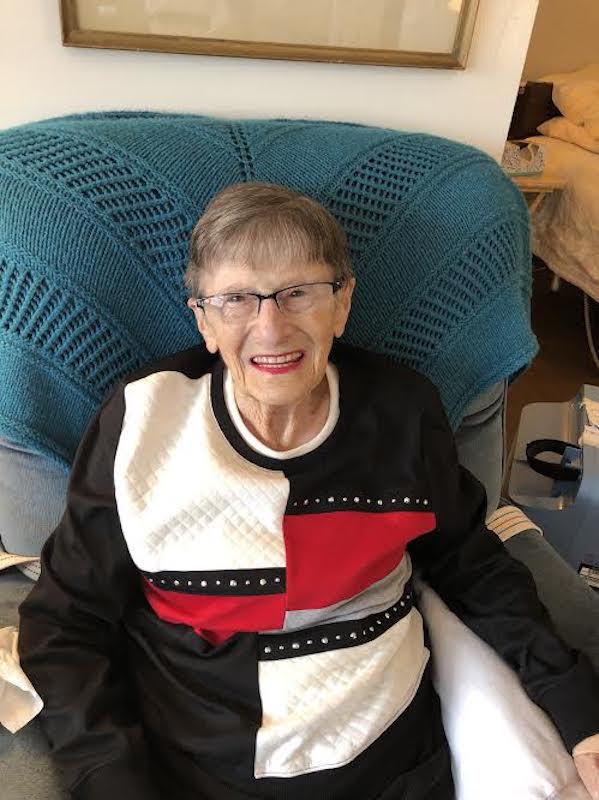 Her lengthy career ranged from serving as a secret code breaker for the United States government, during World War II, to working in corporations.  For over 30 years, she worked in Boston as executive secretary to developer and philanthropist Norman B. Leventhal, co-founder of the Beacon Companies.  Afterward, she worked for executive Ian Moss at Brush Fibers for 15 years.

Retirement from the corporate world did not stop her. In 2000, Novins became the MSB’s office manager and came to know everyone, who came through the school’s doors, on a first name basis — the students, parents, faculty, guest artists, and community members.  They knew her as “Auntie Anita”.  Many of the children and adults at MSB enjoyed spending time with her in the office, and they never left without giving her a hug.

For Novins, interacting with the students and working with her niece were memorable experiences at the MSB.  “I loved working with my niece, Paula, and being surrounded by the people and the energy of the studio,” she said.