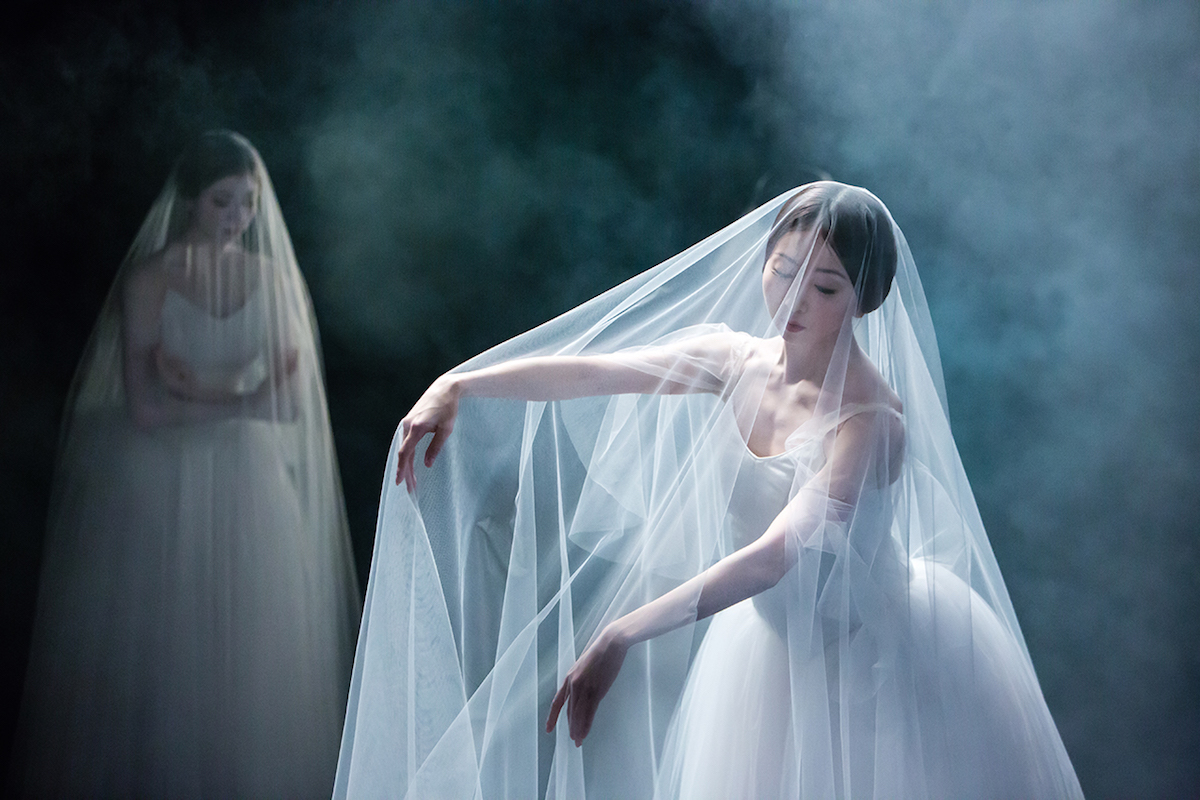 From June 9-19, Houston Ballet will conclude its 2015-16 Season with the world premiere of Artistic Director Stanton Welch’s Giselle. The brand-new production of Giselle will showcase company artists’ significant strengths while still staying true to the original story of love, betrayal and redemption. The ballet is set to the famous score by Adolphe Adam and is designed by renowned Italian artist Roberta Guidi di Bagno, with her scenery and costumes bringing the Romantic ballet to life.

This world premiere would not be possible without the support of Lynn Wyatt, who is underwriting the production. The internationally renowned philanthropist has been a longtime supporter of Houston Ballet.

“I am so happy to support the creation of a new Giselle for Houston Ballet,” Wyatt commented. “As a passionate lover of the arts, I know how important it is that we keep striving to create new works that elevate the status of the company and keep our dancers challenged and engaged. I know Stanton will create a beautiful version of Giselle that will remain in the company’s repertoire for years to come.”

Welch stated, “Lynn is one of the first people I met when I arrived in Houston to take the position of artistic director. We instantly became friends and, since then, she’s been instrumental in always making me feel supported, loved and a part of Houston. Giselle is my latest, and last, of the great classics left for me to choreograph for Houston Ballet and it is an honor to have my dear friend Lynn support this new production and join me on this new creation.”

First choreographed by Jules Perrot and Jean Coralli to a commissioned score by Adolphe Adam, Giselle had its original premiere in Paris on June 28, 1841. The ballet has impacted ballet companies across the world and Houston Ballet is no exception, with Giselle playing a seminal role in the history of the company. Giselle was the first full-length classic that Houston Ballet Foundation staged in 1967, featuring superstar Carla Fracci, a legendary “Giselle “of the era, and Erik Bruhn, one of the world’s most heroic “danseur nobles”, in a production supported by student dancers from Houston Ballet’s Academy and from other area dance schools. The production was a success and inspired Houston balletomanes to launch a major fund drive. By 1968, the foundation gave the go-ahead for the creation of a professional company. In May 1969, the 16 dancers of Houston Ballet’s professional company gave their first Houston performance at Jones Hall for the Performing Arts.

Welch has had enormous success in staging new full-length works. His ability to reinterpret the classics by staying true to the original intent of a ballet, while expanding the storyline and showcasing the depth and talent of a company’s dancers is a particular strength of his. For Houston Ballet, he has created stunning new versions of Swan Lake (2006), La Bayadère (2010) and Romeo and Juliet (2015), as well as creating the original full-length ballets Tales of Texas (2004) and Marie (2009.)

For Giselle, Welch has breathed new life into the ballet by restoring nearly the full original score. Many ballet companies edit and rearrange ballet scores, losing passages and whole phrases of music to suit a production’s needs. For Welch, the importance of the original intent of the music was integral to the creation of the ballet. With the help of Houston Ballet Music Director Ermanno Florio, the production uses almost the entirety of Adam’s original score.

“Since the premiere of Giselle there have been several re-orchestrations to the score. From a musical standpoint, we have restored the ballet score to be as faithful as possible to the original intent of the composer,” said Florio. “This orchestration will sound very delicate and refined, and it has a much more subtle sound.”

To further update this romantic classic, Welch conceived of the idea to link the two acts of the ballet, foreshadowing the descent into Act II from the very beginning of the ballet. In Act I, audience members will be able to catch glimpses of the Wilis in the windows of the village houses. In addition, the backdrop for Act I features a distant glimpse of the forest, which is the setting for Act II. These innovative changes provide a more cohesive storyline for theatergoers.

Acclaimed designer Roberta Guidi di Bagno has returned to Houston to create the sets and costumes. She previously collaborated with Welch on two of his productions for the Royal Danish Ballet: Ønsket (“The Wish”) in 1998 and Ander (“The Ghost”) in 1999. More recently she created the lavish costumes for his Romeo and Juliet last year.