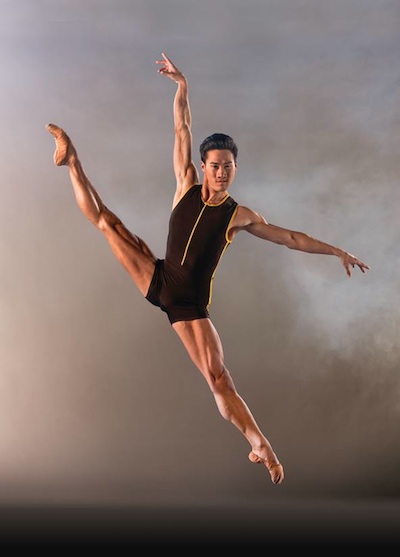 James Kudelka is widely acknowledged as one of North America’s most exciting and sought-after choreographers. Anna Kisselgoff of The New York Times proclaimed James Kudelka as “easily ballet’s most original choreographer.” His mastery of both classical ballet and modern/contemporary dance has earned him commissions from companies as stylistically diverse as American Ballet Theatre, Chicago’s Hubbard Street Dance and Les Ballets Jazz de Montréal.

Kudelka’s choreography, which covers an impressive range, is guaranteed to impress in his new work he is making on the company.

Garret Smith’s world premiere Return is set to two pieces by acclaimed composer John Adams, Short Ride in a Fast Machine and Harmonielehre pt. III. As a ballet dancer who performed for Houston Ballet up until last year, Smith will bring his new and old ballet experiences together in this work.

Smith, who currently dances with the Norwegian National Ballet, said returning to Houston will be a pleasant homecoming in many ways. He muses, “I am coming back to a place that is very special to me, where many of my close friends and dance family are…I am beyond excited to return and create something special here.”

Also for this Four Premieres program, emerging choreographer Melissa Hough will create her first commissioned piece for the company. In 2011, she created C-Sharp Minor for Houston Ballet’s Choreographic Workshop where it caught the eye of Artistic Director Stanton Welch. The piece was then performed at that year’s Jubilee of Dance. In 2012, she created another new piece for Houston Ballet’s Choreographic Workshop, I Was Here.

Hough commented, “I’m really excited to have another opportunity to choreograph. I hope that I manage to mold the dancers’ movements into something that gets conveyed to the audience in an interesting way.”

Lastly, Christopher Bruce’s Intimate Pages will be featured in this September program. The six-dancer work has its musical and thematic basis in the String Quartet No. 2 by Czech composer Leoš Janáček. A victim of unrequited love, the composer’s anguish comes out through Bruce’s choreography. First performed by England’s Ballet Rambert in 1983, Intimate Pages has won the praise of many English reviewers.