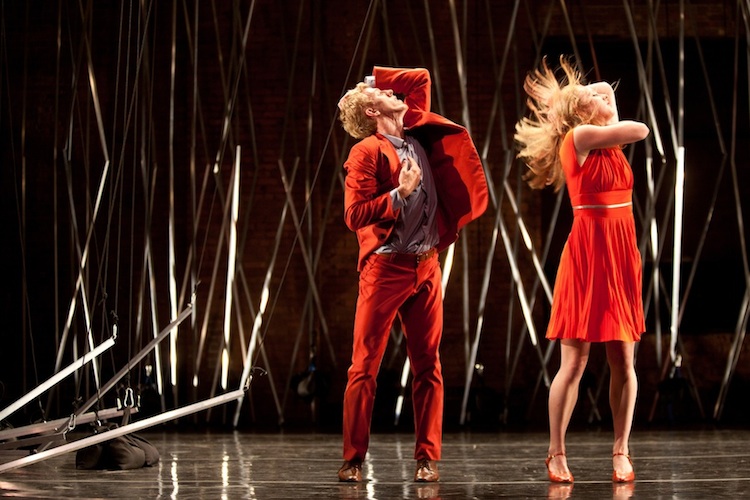 Following the 80th Anniversary Season’s record-breaking attendance, Jacob’s Pillow Dance Festival recently announced the 2013 festival schedule. Jacob’s Pillow is a National Historic Landmark, home to America’s longest-running dance festival, and a recipient of the National Medal of Arts. Jennifer Dunning of The New York Times hails the Pillow as “the dance center of the nation, possibly the world.”

“If audiences dive into the range and variety of festival 2013, it will be an exciting and incomparable dance experience,” comments Ella Baff, Jacob’s Pillow Executive and Artistic Director. “The best part about a festival is the opportunity to explore and see new artists and dance styles as well as enjoy beloved classics and favorites.  I hope our visitors will discover new companies such as Sharon Eyal’s intense and provocative L-E-V from Israel, and other new productions including the world premiere and co-commission of the superb ballerina Wendy Whelan’s new adventure, Restless Creature, and a new tap production by choreographer Michelle Dorrance with live music by acclaimed composer and musician Toshi Reagon.  We will also reach back in important dance history with the revival of Martha Graham’s Rite of Spring and Dance Theatre of Harlem performing iconic works by George Balanchine and Alvin Ailey.

Baff continued: “Each festival we strive to bring the best of international dance, dedicated to presenting companies and new works that will only be seen at Jacob’s Pillow in the beautiful Berkshires.  With artists from Canada, Brazil, France, Israel, India, Germany, and all over the United States, you can enjoy the top talent from many corners of the world.  I can’t wait to share the season with everyone.”

The School at Jacob’s Pillow 2013 programs are equally international and varied in scope.  Pre-professional dancers from around the world will audition to take part in programs in Ballet, Commercial Dance, Contemporary, and Jazz/Musical Theatre Dance.

Further programming announcements will be made in April for more than 200 free events, including Inside/Out performances, PillowTalks and exclusive exhibits.