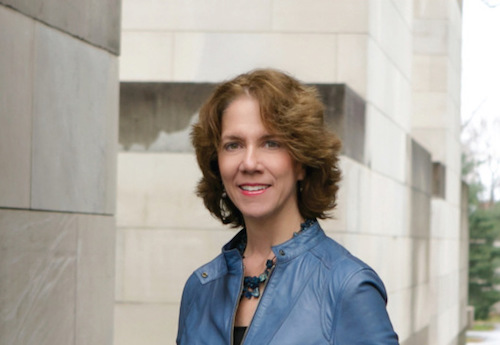 Jacob’s Pillow Dance Festival announced today that esteemed arts leader Pamela Tatge will join the organization as Executive Director in April. Following a record-breaking 2015 season, Jacob’s Pillow, a National Historic Landmark, National Medal of Arts recipient, and home to America’s longest running dance festival, launched a national search for its next leader. For the past 16 years, Tatge has served as the Director of the Center for the Arts at Wesleyan University in Middletown, CT, overseeing robust programming and acclaimed artistic initiatives for dance, music, theatre and the visual arts. At Jacob’s Pillow, Tatge will set the artistic vision and strategic goals for all aspects of the organization, including Festival programming, education, preservation, audience engagement, residency programming and artist support, long-term planning, collaborative programming, fundraising, marketing and more.

Jacob’s Pillow Board Chair Mark Leavitt comments, “The Jacob’s Pillow Board of Directors is thrilled to announce that Pamela Tatge will lead the Pillow into its next chapter of success and innovation. Pamela is a proven leader who has worked with a wide range of dance artists for decades. She has created innovative and collaborative dance programs that bring audiences and artists together and she has deep experience in development, arts administration and leadership. Our Board Members are deeply impressed by her professional background, passion for dance, authenticity and vision, in addition to her experience in combining education and the performing arts, which has great potential for our outstanding School. The Pillow is stronger than ever, and I know that Pamela will build on that success and take Jacob’s Pillow in exciting new directions while honoring our mission to present and support the very best in the world of dance.”

Pamela Tatge comments, “It will be an honor and a thrill for me to have the opportunity to lead Jacob’s Pillow’s next stage of development. The Pillow’s leading role as a dance presenter, its support of artistic development and new work, and its deep audience engagement programming is of vital importance nationally and internationally; its educational and archival resources are unmatched. The passion and dedication of the Pillow’s Board and staff is palpable and inspiring. I look forward to working with them and to partnering with regional, national and international dance artists and colleagues to continue the work of this truly extraordinary organization.”

Since 1999, Tatge has led programming and initiatives for the Center for the Arts (CFA) at Wesleyan University, focused on re-imagining the role of artists in curricular and co-curricular life. She oversees all music, dance, theatre and visual arts programming presented in an 11-building complex, in other venues across the campus, and in the Middletown community. During her tenure, the CFA has become known for its contemporary dance programming, including the Breaking Ground Dance Series, which annually presents companies from the U.S. and abroad selected for their innovation and artistic rigor; and the DanceMasters Weekend at Wesleyan, a weekend immersion program for dance students and instructors in the state. While at the CFA, Tatge has worked with and presented dance artists including Eiko Otake, Liz Lerman, Dorrance Dance, Alarmél Valli, Ronald K. Brown, Compagnie Marie Chouinard, Faye Driscoll, Camille A. Brown, Brian Brooks, Nora Chipaumire, David Dorfman and many others.

Tatge spearheaded the development of the university’s Creative Campus Initiative, supported by The Andrew W. Mellon Foundation and the Doris Duke Charitable Foundation, which includes an annual Creative Campus Fellow in Dance as well as Feet to the Fire, a campus-wide exploration of environmental issues through artistic lenses. She also led the development of Wesleyan University’s Green Street Arts Center (now the Green Street Teaching and Learning Center), a community arts center established in 2005 to serve as an anchor to revitalization efforts in Middletown’s North End.

In 2010 she co-founded, along with former Jacob’s Pillow Director Samuel A. Miller, Wesleyan University’s Institute for Curatorial Practice in Performance (ICPP), a center for the academic study of the presentation and contextualization of contemporary performance; the first post-graduate program of its kind. Today ICPP offers both a Certificate and an MA in Performance Curation.

Tatge is the recipient of the Association of Performing Arts Presenters’ 2010 William Dawson Award for Programmatic Excellence and Sustained Achievement in Programming. She has served as both a Hub Site and an Advisor to the National Dance Project, and is a Board member of the New England Foundation for the Arts. Prior to her work at Wesleyan University, she spent a decade as the Director of Development at Long Wharf Theater in New Haven, CT. She holds a B.A. in History and an M.A.L.S. from Wesleyan University.

Festival 2016 marks the Pillow’s 84th season. The Festival schedule was announced in December and can be accessed online at jacobspillow.org.

Pamela Tatge directly succeeds Ella Baff, who served as the leader of Jacob’s Pillow from 1998 to 2015.