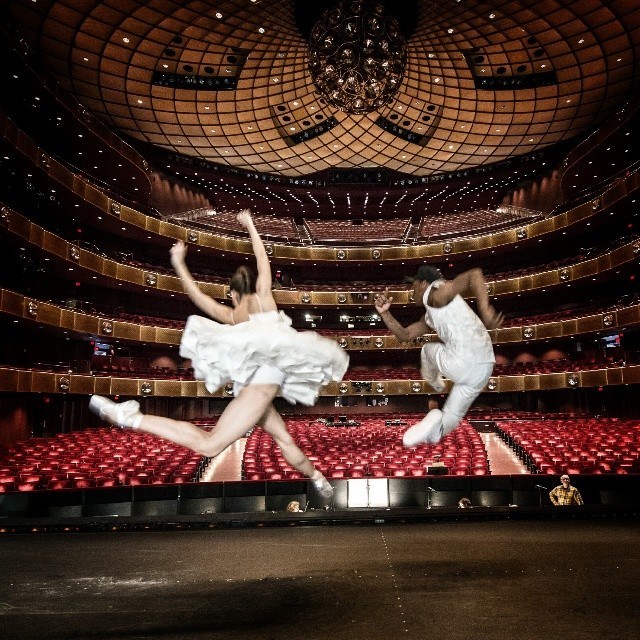 The award-winning artist JR has created a new theatrical work for New York City Ballet that will premiere tomorrow on Tuesday, April 29 during the opening night of the company’s 2014 Spring Season. Entitled Les Bosquets, the eight-minute pièce d’occasion will be set to an original score composed for the New York City Ballet Orchestra by acclaimed musical artist Woodkid.

Les Bosquets will include more than 40 NYCB dancers and Guest Artist Lil Buck, the Memphis jookin dancer who has worked with such diverse artists as Madonna and Yo-Yo Ma. The premiere will mark JR’s debut as a theatrical director. He has been working with NYCB Ballet Master in Chief Peter Martins to translate his ideas for the stage.

The work will also feature video projections and costumes by JR (created in collaboration with Marc Happel, NYCB’s Director of Costumes), with lighting by Mark Stanley, NYCB’s Resident Lighting Director.

The original work has been inspired by JR’s own experiences during the 2005 riots in the Parisian suburbs, where his photographs of young people from the neighborhood were illegally pasted on the streets of the housing projects where they lived. These streets, in the eastern suburbs of Paris, later became the epicenter of the riots, with one of JR’s images, which took up the entire width of an apartment building, providing an unexpected visual backdrop as the outbreak of the riots was documented by media outlets around the world. 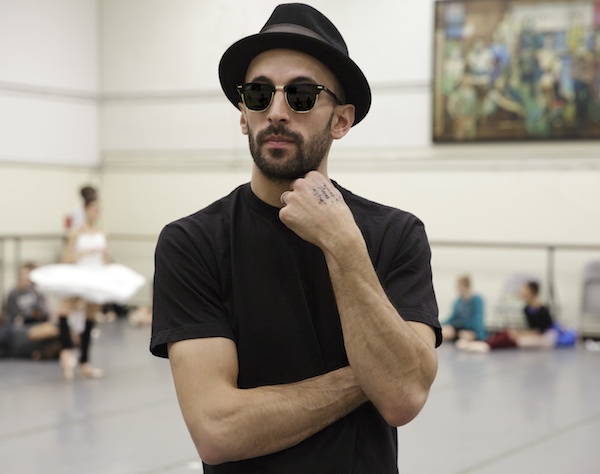 “Choreographing has been a totally new experience for me. The dancers became my paper and have helped me draw my vision and create new things,” said JR.

JR, who is best known for his grand-scale public photography projects, was the recipient of the prestigious TED Prize in 2011. He most recently created a site-specific art installation for the NYCB Art Series, which is currently on display at NYCB’s home at Lincoln Center. The centerpiece of the installation is a 6,500 square foot image called The Eye of New York City Ballet, which blankets the Promenade of the David H. Koch Theater. Featuring photographs of more than 80 NYCB dancers, The Eye of New York City Ballet has become a social media sensation since the opening of NYCB’s Winter Season on January 21.

“Working with JR has been an extraordinary experience for all of us at New York City Ballet. He is an incredibly gifted and visionary artist, and when he approached me with the idea of creating something for the stage I knew that it would be a fitting finale to our 2014 Art Series,” said NYCB Ballet Master in Chief Peter Martins. “I am also thrilled that he has brought in two remarkable collaborators, Woodkid and Lil Buck, and I have no doubt that their collaboration will be an exciting adventure for both the company and our audiences.”

For more information on JR’s premiere or the 21st Century Choreographers Program, visit www.nycballet.com. The program will also feature ballets by Mauro Bigonzetti, William Forsythe, Peter Martins, Benjamin Millepied, Justin Peck, Angelin Preljocaj, Alexei Ratmansky, Liam Scarlett, Richard Tanner and Christopher Wheeldon. JR’s new work is scheduled to be performed at all performances this week through Sunday, May 4, with the exception of the 2 p.m. matinee on Saturday, May 3.