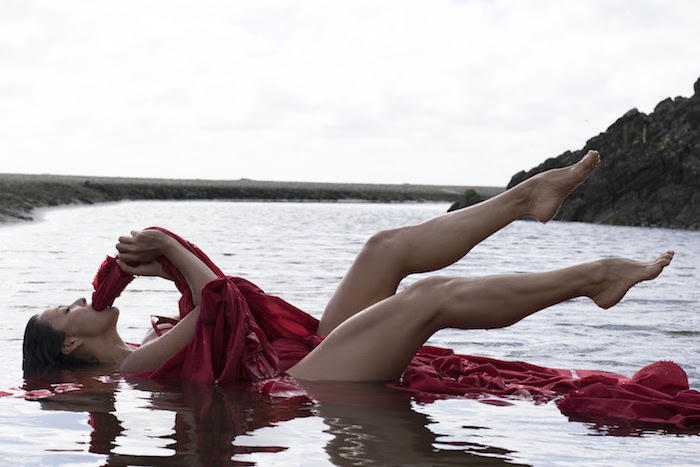 Premiering as part of Harbourfront Centre’s 2015-16 “Next Steps” dance series, Re-Quickening takes the prevailing discourse surrounding international Indigenous women’s issues and incites a tough topical dialogue through performance, music and art, fuelled by re-constructing feminine power. Does reconciliation mean the same thing to everyone, including those living on Turtle Island? Re-Quickening goes there, while facilitating an artistic re-awakening of her-story.

“By piecing together fragments and shards of Indigenous knowing, this production acts as a reaffirmation of life and healing from issues of violence against women and the Earth,” explains Smith. She also makes it clear that the driving force behind Re-Quickening is Indigenous voices. “It’s about our experience and it’s our truth,” she says. 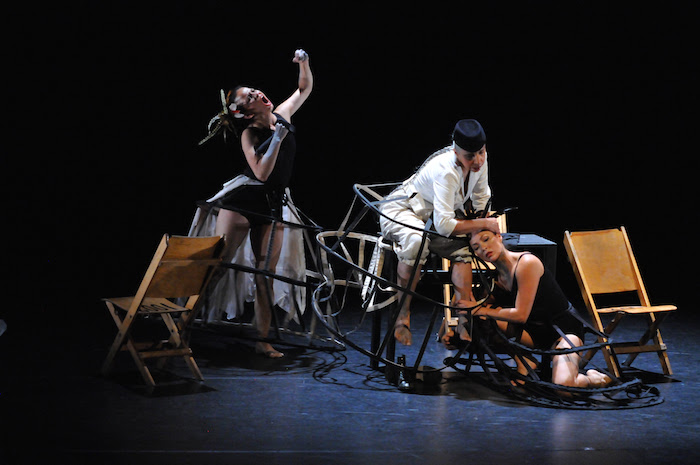 Inspired by narratives encoded in Indigenous symbol and iconography, and traversing the inner scared landscape of Backwards woman, Changing woman, Skywoman, Claywoman and Earth Mother, Re-Quickening deals with stripping away the layers of colonial imposition on women’s body-mind-spirit and the re-affirmation of life, of voice, of body sovereignty. Re-Quickening aims to open up pathways for re-storing internal fractures and to re-ignite feminine position and presence. 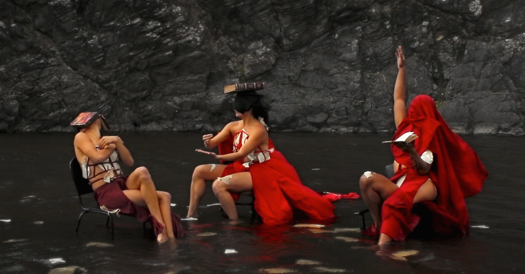 Re-Quickening is a spiritual resurgence, tipping colonialism on its head. The performance touches on themes of dislocation from land, body and voice; the history of violence against Indigenous women since contact; residential schools; and the assimilative processes of the Indian Act towards reclaiming women’s blood ties, rites, umbilical connection to land and healing.

Re-Quickening runs April 28, 29, 30, and May 1 at Harbourfront Centre’s Fleck Dance Theatre in Toronto. All performances begin at 8 p.m. with the exception of the Sunday, May 1 matinee at 3 pm. There will be a post-performance circle for audience members to exchange and engage on themes in response to the content of the performance. KDT will host Q&A’s after every performance with special invited speakers and performers.

Tickets are $38 and can be purchased by calling Harbourfront Centre’s Box Office at 416-973-4000 or by going to www.harbourfrontcentre.com. See a video teaser at vimeo.com.