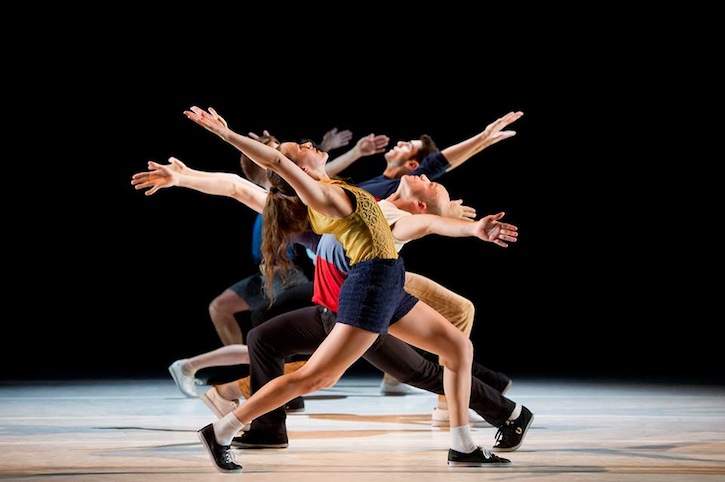 L.A. Dance Project has announced that it will present three performances this month at its new home venue, the Theatre at Ace Hotel, formerly known as the United Artists Theatre. An ornate, Spanish gothic-style auditorium that’s at the base of a newly renovated and re-opened boutique hotel, the Theatre at Ace Hotel will welcome the dance company as its second event since its grand reopening.

The dance company was launched in 2012 by star choreographer and filmmaker Benjamin Millepied, who is set to take the helm at the Paris Opera Ballet as director in November of this year. A former principal at New York City Ballet and choreographer of the 2009 psychological thriller Black Swan, Millepied said he is happy with L.A. Dance Project’s new partnership with the Theatre at Ace Hotel.

In an interview with Los Angeles Times last month, Millepied said, “Nothing makes me happier than bringing back to life something that is such a landmark, architecturally, and seeing all [the development] that’s going on downtown. It was an attractive offer, and it’s such an important part of L.A. history.”

The Theatre at Ace Hotel is the newest evolution of the building’s original 1927 structure built by Hollywood royalty. Charles Fabius, founding producer of the L.A. Dance Project, said in a statement, “With Ace Hotel we are fortunate to have a partner who understands the importance of revitalizing arts and culture in downtown Los Angeles. Audiences will be blown away by this magnificent venue that doesn’t have a bad seat in the house. For us this is a dream come true.”

L.A. Dance Project will present performances on February 20, 21 and 22 at the Theatre at Ace Hotel, located at 929 S. Broadway in Los Angeles. The program, which will be performed to recorded music, will feature the U.S. premiere of Millepied’s Reflections, choreographed to music by Pulitzer Prize-winning composer David Lang, with costumes and visuals by L.A. artist Barbara Kruger.

The program also includes the U.S. premiere of Murder Ballads, choreographed by Justin Peck with music by Bryce Dessner of the rock band The National. It will showcase visuals by L.A. artist Sterling Ruby.

Also on tap is an “exclusive sneak peek” at a new dance by Hiroaki Umeda in preparation for its upcoming premiere in Paris in March. For more information on these upcoming L.A. performances or to book tickets, visit www.ladanceproject.com.

The dance company’s 2014 schedule also includes numerous performances in France starting next month, an appearance in Moscow in May, and additional touring to China and Japan. Millepied said L.A. Dance Project plans to produce a second major program at the Theatre at Ace Hotel this fall.