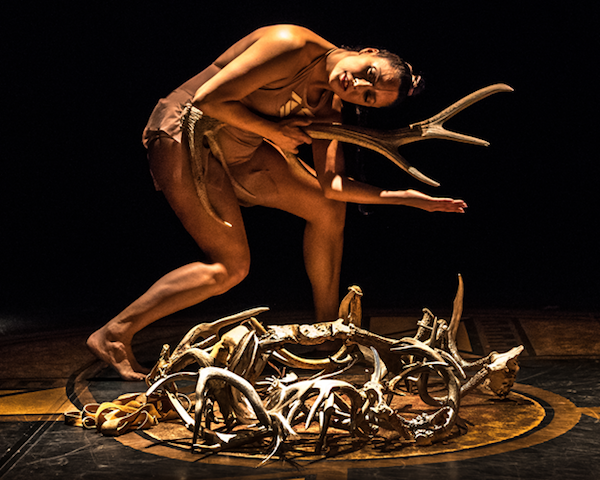 “Living Ritual carves out space for artists and audiences to be creative, share and connect, passing on knowledge in the most exciting and transformative ways,” said Smith, who earlier this year took her first-ever trip to Nunavut while touring her critically-acclaimed NeoIndigenA performance piece (that will appear at Living Ritual) across the U.S., northwestern Canada and New Zealand.

“It’s all about placing artists at the centre, from which springs forth conversation, understanding and connection,” she continued. “This festival also speaks to the power of place (Tkaronto) and kinship relations to the land and people. If someone wants to understand more about the Indigenous experience, Living Ritual offers some insight.”

The festival will present a wide array of contemporary and experimental works crafted from Indigenous methodology, voice and body – uniting past, present and future dance and theatre practices.

Living Ritual will open with an Onkwehon:we Edge of the Woods Welcome Ceremony. Then it’s programming will include master classes, performative lectures and panel discussions. Next, the program will shift in the evening to include one-night-only public performances and premieres from internationally renowned artists and companies.

At a time when many colonizing structures are openly being called into question, Living Ritual will also seek to offer an honest public forum to dialogue on decolonial processes and push button issues, discuss global issues in Indigenous performance, and engage in professional development, while promoting artistic cross-pollination and inter-cultural collaborations.