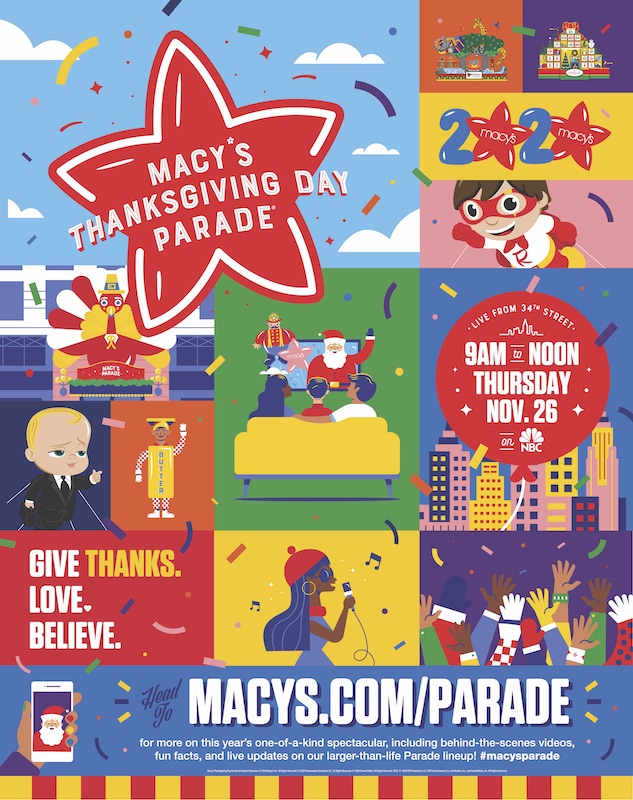 Macy’s Thanksgiving Day Parade airs nationwide as a television-only event with no audience Broadcast on NBC and Telemundo Thursday, November 26, 2020 from 9 a.m. – Noon, in all time zones.

To safely bring the spectacle to millions nationwide during this unprecedented time, the annual production will be reimagined as a television-only event with no audience. This year the procession will forgo marching down the traditional 2.5-mile route in Manhattan in order to avoid gathering large crowds.

Broadway/Theatrical Performances will be given by: Ain’t Too Proud – The Life and Times of The Temptations, Hamilton, Jagged Little Pill, Mean Girls and the Radio City Rockettes®

The parade continues to delight audiences with spectacular performances by well know artists such as New York City Ballet dancer Ashley Bouder who is performing in the parade as Sugar Plum Fairy.