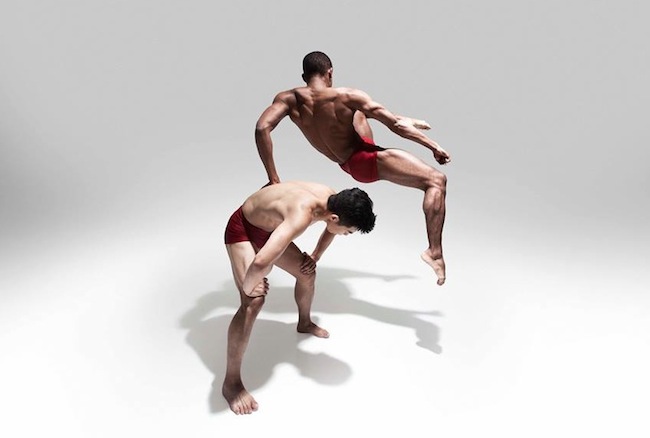 Next month, for the first time, Los Angeles will be treated to the theatricality and power of one of Mexico’s leading contemporary dance companies when the program “Glorya Kaufman Presents Dance at The Music Center” hosts the L.A. debut of Tania Pérez-Salas Compañía de Danza on May 15-17 in the Ahmanson Theatre.

With choreography inspired by Artistic and Executive Director Tania Pérez-Salas’ passion for movies, literature, visual arts and philosophy, the engagement will introduce audiences to the exploration of emotions and human desires in EX-STASIS, as well as a new work, MADE IN MEXICO, which features a collage of musical artists and contemporary images of Mexico that are rooted in her perspective as a Mexican female artist.

According to The Music Center’s V.P. of Programming Renae Williams Niles, Los Angeles audiences will find Tania Pérez-Salas Compañía de Danza both striking and memorable, with choreography that appeals to the propensity Angelenos have for film and visual arts.

“Tania Pérez-Salas Compañía de Danza balances the familiar with discovery by blending both classical ballet and contemporary expression,” Niles explained.  “The company is similar in its esthetic to some of the finest European contemporary dance companies with movement and a message that feeds into her theatricality.”

A leading advocate for contemporary dance in Mexico, Pérez-Salas formed her own company in 1994. Since then, she has been awarded a number of grants as both a dancer and a choreographer from renowned Mexican institutions and universities. The company has performed worldwide, touring Mexico, the United States, Canada, South America, China, the Middle East and Europe. The New York Times praised Pérez-Salas for her “vivid visual imagination,” while The Washington Post said, “Seeing Tania Pérez-Salas’ work is like being inside her head. One of the premier modern dance companies in Mexico, her Compañía de Danza Contemporánea clearly draws its power from Pérez-Salas, and her surrealistic visions filled the stage and invaded the senses.”

With choreography known for its visual imagery and the fusion of music, sets, costumes, props and lighting, the company features dancers from all over the world, including Mexico, Cuba, Columbia, America, France, Canada, The Netherlands and Taiwan. They have performed at a number of venues, including most recently at The Kennedy Center, along with New York City Center, Yerba Buena Centre for the Arts in San Francisco, Touhill Performing Arts Center in St. Louis and Adrienne Arsht Center for the Performing Arts in Miami, among others.

For more information on the company’s L.A. debut, visit www.musiccenter.org. Pre-performance Dance Talks with Pérez-Salas will be offered in the Ahmanson Theatre one hour prior to each performance.