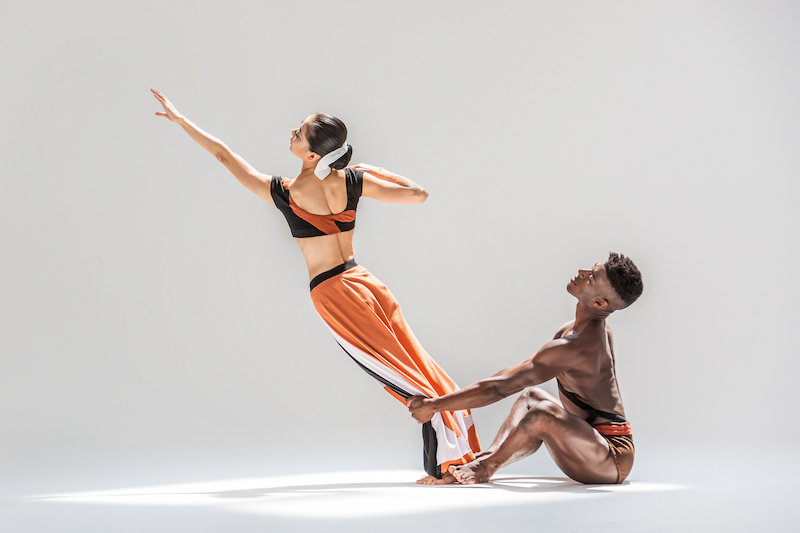 The festival also features a collaborative project with international art gallery Hauser & Wirth. This collaboration involves the creation and premiere of four films that place three Graham dances and one Cohan work in conversation with the works of four acclaimed visual artists—Rita Ackermann, Mary Heilmann, Luchita Hurtado, and Rashid Johnson. The festival wraps up with a closing-night Zoom cocktail event with the dancers.
–
GrahamFest95 will feature renowned choreographer and former Graham principal dancer Elisa Monte’s landmark duet Treading. Set to music by Steve Reich, this mesmerizing, critically acclaimed work was commissioned by Martha Graham and created while Monte was a dancer with the Company. Eilber and Monte will discuss Graham’s roles for women and how Treading came to be.
–
The festival will also feature works by another Graham alumnus, the legendary Sir Robert Cohan, considered the founder of contemporary dance in the UK. The solos Lloyd and Lorenzo from Afternoon Conversations with Dancers will be presented along with two excerpts from Communion, Cohan’s last major group work, set to music by Nils Frahm.
–
Tickets can be purchased at www.marthagraham.org
–
–
Image courtesy of Martha Graham – Sarab and Brigid Pierce