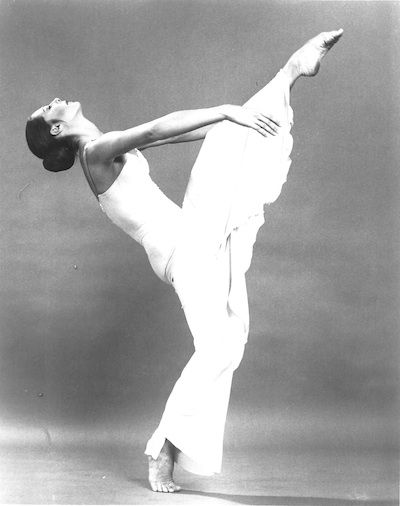 Peggy Lyman Hayes has been affiliated with the Martha Graham Dance Company in many roles, including as principal dancer, company rehearsal director, director of Graham 2, school senior faculty and regisseur since 1973. As a principal dancer with the company, she danced leading roles in many of the most famous Graham ballets, and had three classic solos—Frontier, Lamentation and The Incense recreated for her by Martha Graham. Martha Graham also created four new ballets to display Ms. Lyman Hayes’ dramatic versatility—Frescoes, Judith, Acts of Light and Andromache’s Lament. Ms. Lyman Hayes currently holds positions as company regisseur and senior faculty.

The Martha Graham School caters to a wide range of students, from professional dancers to those seeking their first dance experience, and offers professional training programs and outreach programs in the public schools. Located in New York City, it is the longest continuously operating school of dance in the United States and the only one primarily focused on the Martha Graham Technique and Repertory. Classes are taught by faculty who have worked with Martha Graham and who are current or former members of the Martha Graham Dance Company.

The luncheon will be held on Wednesday, October 16 from 12 to 2 p.m. at the Scandinavia House, located at 58 Park Avenue in New York City. The event will begin with a performance by Graham 2, the school’s student company, followed thereafter by a luncheon and silent auction. For more information and to purchase tickets, visit marthagraham.org/luncheon.