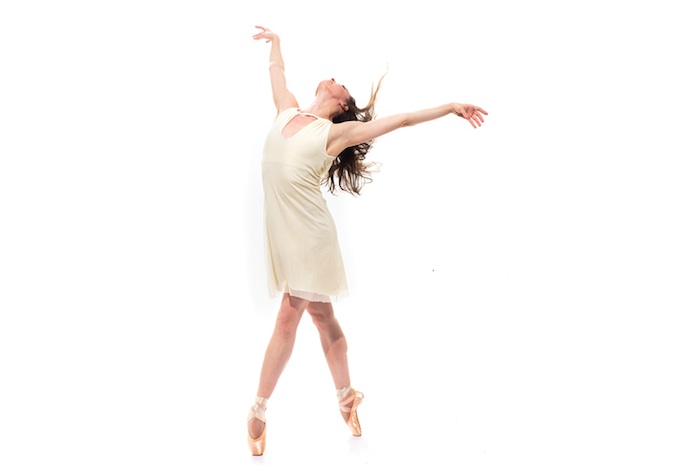 This Friday and Saturday, the New Chamber Ballet will wrap up its season with a feast of new and old works by Constantine Baecher and Miro Magloire.

Constantine Baecher has just been named New Chamber Ballet’s choreographer-in-residence for next season. The Boston native and former nine-year member of the Royal Danish Ballet now divides his time between New York, Copenhagen (where he directs his own company called Cross Connection Ballet) and Lake Tahoe, where he is co-director of the Lake Tahoe Dance Festival.

Baecher will present a revival of Happy Dance of the Wild Skeletons, originally premiered by NCB in 2011 under the title Fling, set to John Cage’s “Bacchanale” for prepared piano. The choreographer, who has reworked the dance for two women, intends the work to be seen in the round, from all sides, and audience members are encouraged to leave their seats and walk around the perimeter of the stage for viewing from different angles.

Company Founder and Director Miro Magloire began his career as a composer, attending the Musikhochschule Koln in his native Germany, and his works have often been set to atonal or experimental music. In a musical departure, Magloire will present the world premiere of a trio to Claude Debussy’s “Violin Sonata,” one of the composer’s last works.

The company’s five women will perform Magloire’s Echoes, which was created to Anton Webern’s “Four Pieces for Violin and Piano, op. 7” and premiered at NCB’s appearance at the Moving Sounds Festival, presented in New York City last year by the Austrian Cultural Forum.

Miriam Ernest will perform Magloire’s Spieglein, set to Handel’s “Violin Sonata” in G minor. “Spieglein” is German for “little mirror,” usually followed by “…on the wall, who is the fairest one of all?” Ernest, a member of the Suzanne Farrell Ballet, will perform this solo in front of an imaginary mirror.

Performances will be at 8 p.m. on June 13 and 14 at City Center Studio 5, located at 130 West 56th Street in NYC. For more information, visit www.newchamberballet.com.