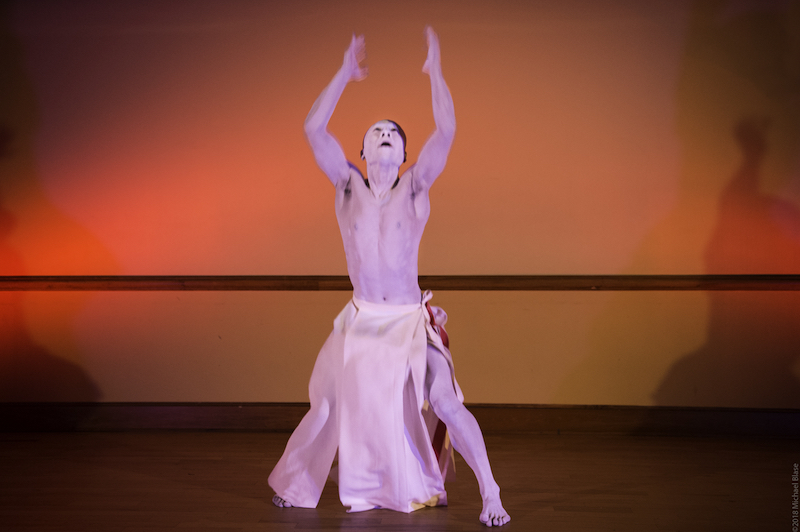 出演：松岡大 Hijikata’s Three Chapters has been performed by Yoshito Ohno, since the founder of Butoh Tatsumi Hijikata choreographed this piece for him in 1985. In 2018, being interested in diving into early Butoh methods, but also for archival purposes, Dai Matsuoka asked Yoshito Ohno to set the choreography on him and direct him in this new version. Through this piece, Matsuoka, one of the principal dancers of the renowned Butoh troupe Sankai Juku realizes a timeless collaboration with the founder of Butoh and Yoshito Ohno. With this performance, we remember Yoshito Ohno, who recently passed on January 8, 2020.

A revival of a piece choreographed by the founder of Butoh Tatsumi Hijikata.

Dai Matsuoka is a Butoh Dancer and the Artistic Director of LAND FES. He has been a principal dancer with SANKAI JUKU since 2005 and has danced in twelve Sankai Juku pieces including Kinkan Shonen, Tobari, Meguri, and Unetsu. Dai Matsuoka is also in collaboration with puppet company Phantom Limb (NYC) and a member of The Dance Archive Network dedicated to the preservation of Butoh legend Yoshito Ohno’s digital motion data.

Tickets can be purchased online at this link