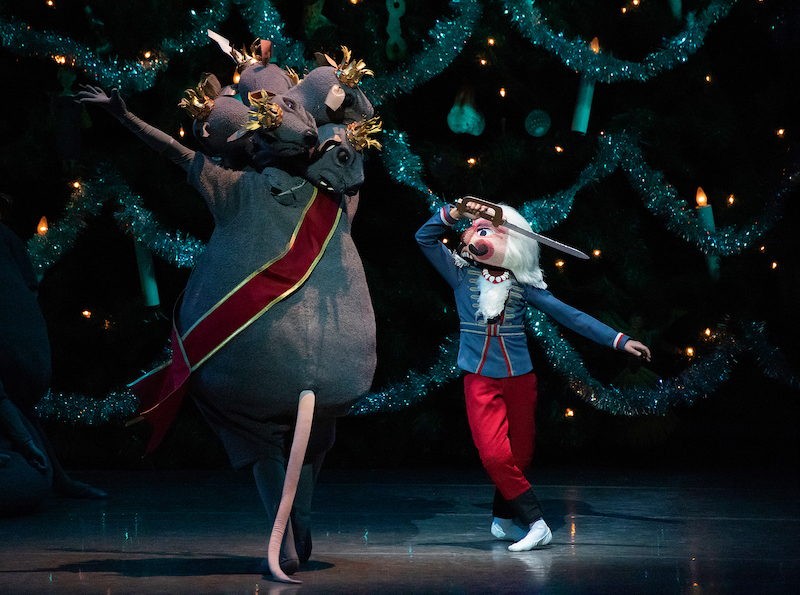 New York City Ballet will open its annual season of George Balanchine’s The Nutcracker® on Friday, November 29 at 8 p.m. at the David H. Koch Theater at Lincoln Center for the Performing Arts. The 2019 season of the holiday classic, sponsored by The Travelers Companies, Inc., will include 47 performances through Sunday, January 5, 2020.

New York City Ballet’s (NYCB) acclaimed production of Balanchine’s masterpiece, which premiered on February 2, 1954, helped to establish The Nutcracker and its score as perennial favorites in the United States, evident by the now countless versions of the ballet performed all over the country. NYCB’s beloved production has been performed in New York City every year since its premiere, and is seen by more than 100,000 people annually.

“New York City Ballet and George Balanchine’s The Nutcracker® are an essential part of the holiday season in New York and we are extraordinarily grateful for the generous continued sponsorship from The Travelers Companies, Inc. that helps to make this treasured holiday favorite possible,” said Katherine Brown, NYCB’s Executive Director.

Highlights of this world-renowned holiday production include a one-ton Christmas tree that grows from 12 to 40 feet, an onstage snowstorm, and hundreds of elaborate costumes, including one for Mother Ginger that measures 9 feet wide and weighs 85 pounds. The production’s grand finale involves one million watts of lighting, the most used in any New York City Ballet production.

Tickets are currently on sale online at nycballet.com