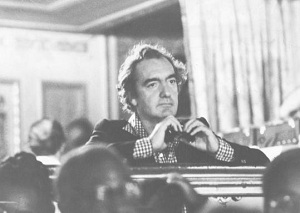 Valerie Taylor-Barnes has announced the nominees for the third annual Clive Barnes Foundation Awards, honoring talented young performers from the worlds of dance and theater. The free-to-the-public awards ceremony, emceed by Michael Riedel, will be held on Monday December 10, at the Walter Reade Theater/Lincoln Center, West 65th Street, NYC.

One award recipient will be selected from each category. The 2012 nominees are:

Valerie Taylor-Barnes, a former soloist with The Royal Ballet and the widow of Clive Barnes,  created The Clive Barnes Foundation in 2009.  The Award’s dual purpose is to give recognition, encouragement, and financial support to two talented young professionals in the categories of dance and theatre, both reviewed by Clive Barnes, and at the same time, to honor the memory of the immense body of critical work and warm personal generosity of Mr. Barnes, who passed away in 2008.

Presenters will be announced at a later date.  Past recipients of the Award are Isabella Boylston (ABT), MJ Rodriguez (Rent) and Chase Finlay (NYCB).