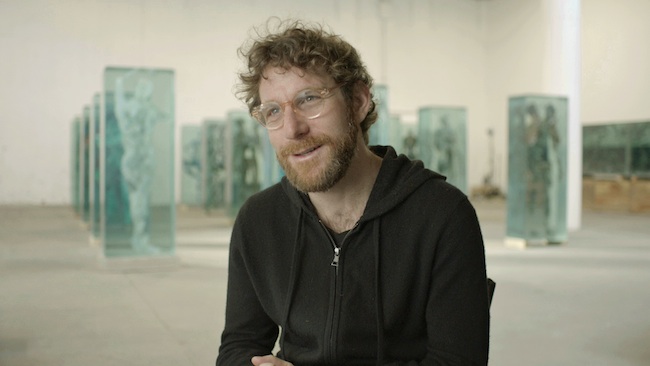 For the 2015 Art Series, NYCB has commissioned an installation from Dustin Yellin, the Brooklyn-based artist and founder of Red Hook’s Pioneer Works. Yellin’s body of work, which includes paintings, drawings, installation, performance and sculpture, has been exhibited in numerous museums and galleries in New York, as well as internationally.

For the 2015 Art Series installation, Yellin will exhibit 15 works created as part of an ongoing project that when finished will consist of 100 large-scale glass and mixed-media sculptures each weighing more than 3,000 pounds.

Yellin calls the sculptures, which resemble multi-dimensional human forms encapsulated in suspended animation, Psychogeographies, as they feel like maps of the psyche.