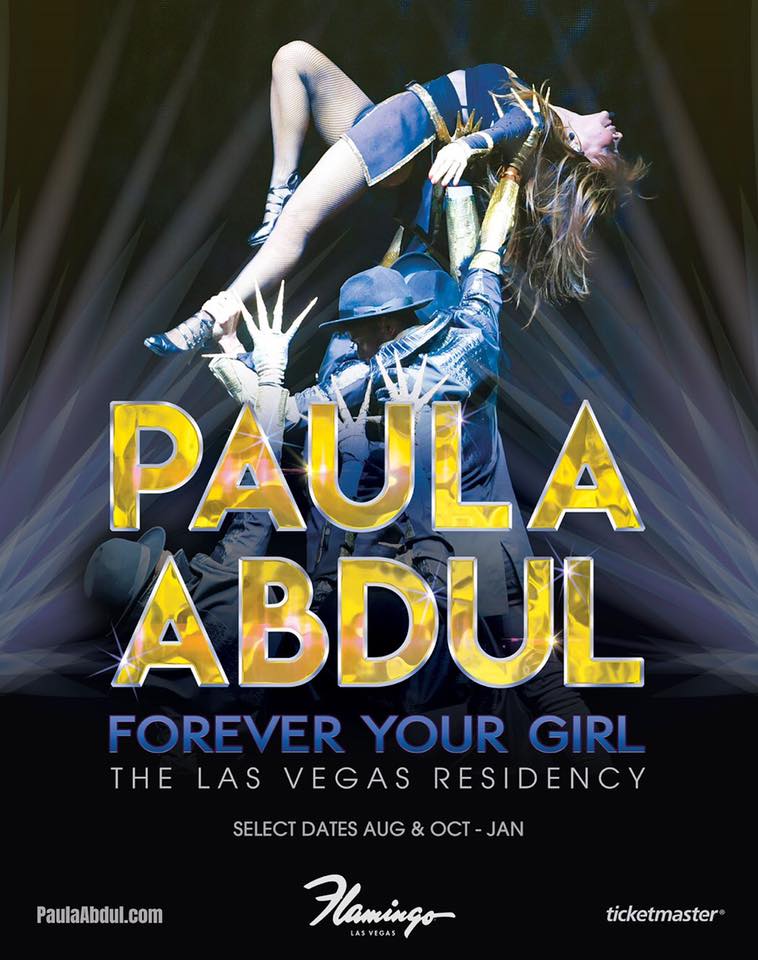 Paula Abdul has announced that her new Las Vegas Residency, “Forever Your Girl” will begin at Flamingo Las Vegas Hotel & Casino this August!

The iconic dancer, choreographer, singer, actress, and TV personality began her career as a cheerleader for the LA Lakers, becoming the head choreographer for the Laker Girls within a year, where she was then discovered by The Jacksons! From there her career skyrocketed and she became the household name she is today.

Just this week, Abdul proved she’s still got it at 56 years of age, with non-stop dancing and stunts throughout a medley of her most famous songs like “Opposites Attract” at the 2019 Billboard Music Awards. Check out the performance here, and look out for Michael Dameksi, runner up on World of Dance Season 2 and winner of So You Think You Can Dance Australia.

Paula is energised and excited about her new Vegas residency, saying, “I can’t wait to share my music with you at the heart of the Vegas Strip”.

Tickets go on sale May 4, with shows running until January 4. Grab your tickets at www.paulaabdul.com.