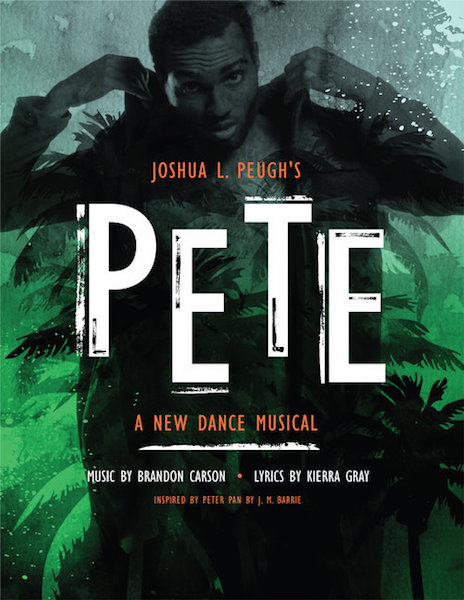 In addition to the world premiere in Dallas, the show will tour to Houston, Texas where the company will headline The Houston Fringe Festival for two performances on October 26 at MATCH.

Dark Circles Contemporary Dance (DCCDUSA) will celebrate the opening of their 2019-20 Season with its most ambitious work to date: Pete: A New Dance Musical. With this new work, Dark Circles will take an enormous leap, expanding the artistic world to include theatre as well as dance. Believing they have only begun to scratch the surface of what they are artistically capable of, and are ready for a new level of risk, investigation, and production.

Conceived and choreographed by internationally award-winning choreographer and founder of DCCDUSA Joshua L. Peugh, this original 90-minute dance musical is inspired by J. M. Barrie’s iconic novel Peter Pan. The show, set in the present reality of an urban playground, will transform into the fantasy world of the Neverland. Pete: A New Dance Musical’s arena-style seating surrounds the stage, connecting audience members to the work and each other.

The plot and structure of Barrie’s novel—along with the mythology of Peter Pan—frames this musical. The writings of Darnell L. Moore (No Ashes in the Fire: Coming of Age Black and Free in America), Claudia Rankine, and Robin Diangelo (White Fragility) also influence the work. As with any piece created by an ensemble, form is content.

Dark Circles believes Pete: A New Dance Musical will dazzle the audience with its explosive music and technically impeccable dancing, while also provoking meaningful dialogue within the community; a dialogue that encourages mutual respect for and understanding of the diverse views and beliefs of all people and groups in our fast-growing city.