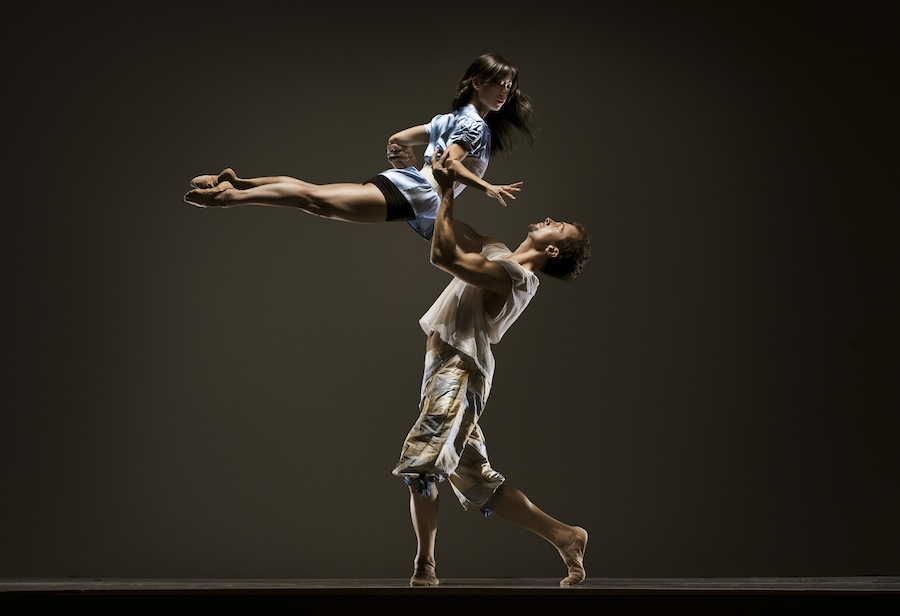 The dance company Robert Moses’ Kin will present RISE, its 19th annual home season, for four performances only on January 23-26 in San Francisco. Described by The Huffington Post as “a visually delicious beast that never comes short of dazzling the senses,” RISE is an evening of choreography by Artistic Director Robert Moses that includes two world premieres, The Slow Rise of a Rigid Man and Profligate Iniquities, as well as the reprise of the 2013 hit NEVABAWARLDAPECE (“never be a world of peace.”)

Set to a selection of Sephardic romances (traditional Jewish music from Spain), Profligate Iniquities is one of Moses’s two new works for his company. “These Sephardic romances are rich and inspiring polyrhythmic gems,” says Moses, who recently discovered the beautiful and haunting Sephardic music as recorded by the Viennese chamber ensemble, Accentus Ensemble, almost by accident while researching new music for different projects. For The Slow Rise of a Ridged Man Moses himself returns to the stage to perform this new solo as a compliment to his 2000 family-themed work, Blood in Time.

Performances of RISE will be presented in the Lam Research Theater at the Yerba Buena Center for the Arts. All performances are at 8 p.m. For tickets and more information, go to www.ybca.org or call 415-978-ARTS.