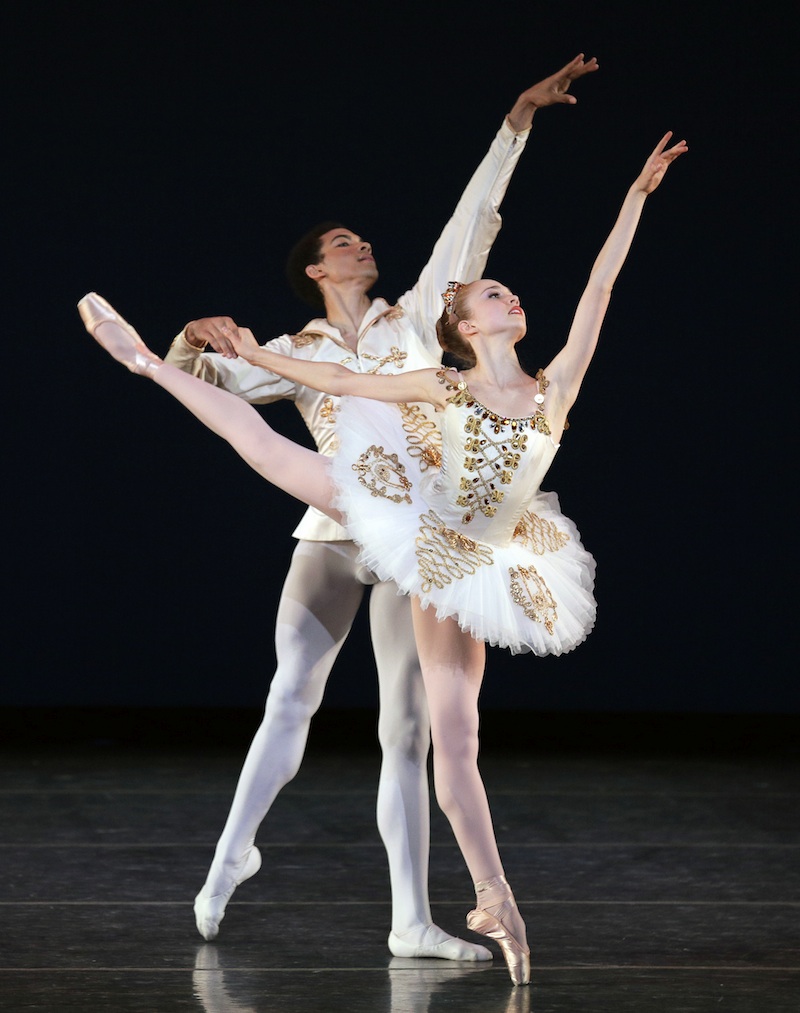 A Benefit Dinner follows the Tuesday evening performance at Lincoln Center, and attracts more than 550 arts patrons, corporate VIPs and New York’s social elite for a seated dinner and dancing in the SAB studios, which are transformed into elegant dining rooms for the evening.

Peter Martins and Kay Mazzo, both former New York City Ballet principal dancers under George Balanchine, have been members of SAB faculty for the past 30 years. Mr. Martins was named Balanchine’s successor as Chairman of Faculty in 1983, and Ms. Mazzo became Co-chairman in 1997 after her earlier appointment to the faculty by Mr. Balanchine in 1982. Together they have maintained SAB’s position as the leading U.S. academy of its kind – upholding the standard of excellence established by SAB’s founders while expanding programs and resources to carry the school’s mission into the twenty-first century.

On June 4, Mr. Martins and Ms. Mazzo will be presented with the Mae L. Wien Award for Outstanding Service in recognition of their exceptional guidance and leadership over the past three decades.

The all-Balanchine performance will include Divertimento No. 15, Le Tombeau de Couperin and Walpurgisnacht Ballet. As in years past, the performance will once again provide audiences with a unique opportunity to witness the pre-professional debuts of the nation’s most talented ballet students as they prepare to embark on professional ballet careers with notable companies around the U.S. and abroad.

Additional performances of the evening’s program will take place at Lincoln Center’s Peter Jay Sharp Theater on Saturday, June 1 at 2 p.m. and 8 p.m.

On June 4, cocktails begin at 5:30 p.m. at Morse Hall at the Juilliard School, located at 155 W. 65th Street, followed by the performance at 7 p.m. at Lincoln Center’s Peter Jay Sharp Theater. Attire is cocktail or festive.

To purchase tickets, a table for the dinner or for more information, contact Natalie Schweizer at nschweizer@sab.org or call (212) 769-6610.

The School of American Ballet, the official training academy of the New York City Ballet, was established in 1934 by legendary choreographer George Balanchine and philanthropist Lincoln Kirstein as the first and most essential step in their quest to create an American classical ballet company. SAB, located at New York City’s Lincoln Center, is the premier ballet academy in the United States, training more students who go on to become professional dancers than any other school.

Photo: Students of the School of American Ballet perform in the Workshop Performance Benefit 2012. Photo by Paul Kolnik.