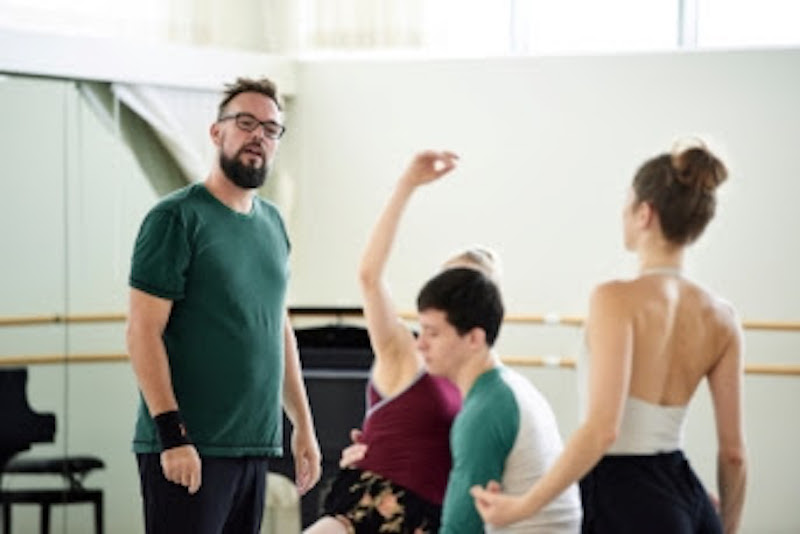 San Francisco Ballet (SF Ballet) presents the world premiere of Trey McIntyre’s The Big Hunger, his third ballet for the Company, on February 13, 2020 at the War Memorial Opera House. Inspired by the “big hunger” and “little hunger” philosophies of the bushmen of the Kalahari Desert and set to Prokofiev’s Piano Concerto No. 2, McIntyre’s new piece returns his “highly imaginative, engaging individuality” (Dance Europe) to the Company, following the triumphant debut of his ballet Your Flesh Shall Be a Great Poem at the 2018 Unbound festival, which gave repeat performances at the Kennedy Center in Washington, DC and, most recently, at Sadler’s Wells Theatre in London. McIntyre’s The Big Hunger premieres on SF Ballet’s Program 03: Dance Innovations, which also includes Edwaard Liang’s The Infinite Ocean and Harald Landers’ Etudes. Performances will run through February 23, 2020.

Choreographed for 12 men and 2 women, The Big Hunger examines universal questions of life and existence: “I think it’s the thing I grapple with the most: being constantly seduced by the minutiae of life, and giving non-essential things too much value,” says McIntyre. “In this philosophy, the ‘little hunger’ is literally the hunger for food, career, status, happiness, fried chicken, and order. The ‘big hunger’ is the need for meaning.” With scenic and costume designer Thomas Mika, McIntyre developed The Big Hunger’s setting around something equally ubiquitous: the exit sign. “It’s [inspired by] the system of stick figures that we all associate with entering and exiting, like the exit sign in a stairwell,” says McIntyre. “It’s something we all take for granted, as if it was God who ordained that exit sign. That’s how you get through the exit; that’s how you keep yourself safe if there’s an emergency. We all count on it. But in 200 years the stairs will crumble, and that sign’s light is going to go out. All those things will fail us. And that’s where the big hunger is—when everything else falls away.”

Thomas Mika, who recently collaborated with McIntyre on The Shadows Behind Us at Queensland Ballet, plays with the exit sign concept throughout The Big Hunger, in coordination with lighting designer Jim French. Mika’s sets and costumes feature bold shades of magenta, which drain from the designs as the dancers pursue the “big hunger,” leaving the “little hunger” behind. The Big Hunger includes three pas de deux: two male-female partnerships, and one for male dancers.

For McIntyre, whose more than 100 dance pieces are often set to pop music, The Big Hunger’s use of Prokofiev’s Piano Concerto No. 2 is an exciting departure from his recent work: “My background is in classical piano, so it was a conscious choice to move in that direction. The concerto is so complex and original. It’s melodic and danceable but discordant and strange, off-putting, embracing, and lovely. The piece is brilliant.” SF Ballet Orchestra Music Director & Principal Conductor Martin West will lead the SF Ballet Orchestra and a to-be-announced guest pianist for the performances.

Casting and further information will be available at https://www.sfballet.org/season/casting

Image: San Francisco Ballet rehearsing McIntyre’s Your Flesh Shall Be a Great Poem in 2017 (© Erik Tomasson).