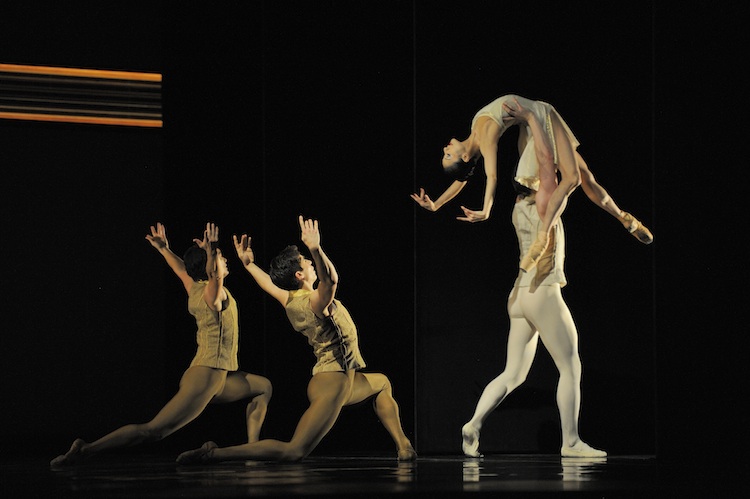 After performing in Italy’s Spoleto Festival, San Francisco Ballet will next tour to France to perform as part of the Les Etés de la Danse Festival in Paris. From July 10-26, Paris dance fans can see the 75-member company in a vast array of over 18 works.

The engagement, to be held at Paris’ Théâtre du Châtelet, marks the tenth anniversary of San Francisco Ballet’s appearance in Paris during the festival’s inaugural season in 2005. From masterpieces of George Balanchine (The Four Temperaments and Agon) and Robbins’ ballets (In the Night and Glass Pieces) to the latest creations of Alexei Ratmansky and Liam Scarlett, the San Francisco Ballet offers an overview of “neoclassical” works, which are using the academic language, modernizing it and making the classical dance contemporary.

Among the major works being premiered in France during this series of performances, Paris dance fans can see the virtuosity of Yuri Possokhov’s Classical Symphony, the disturbing and mysterious ambiance of Christopher Wheeldon’s Ghosts, Helgi Tomasson’s brilliant The Fifth Season and Caprice, the lyrical tone of Edwaard Liang’s Symphonic Dances and Liam Scarlett’s Hummingbird.

While performing at the festival, San Francisco Ballet will present open classes with the company, screenings and a summer course for professionals and semi-professionals.

For more information or to see the full list of works the company will perform in Paris, visit www.sfballet.org.