sjDANCEco Opens its 17th Season with “Etched in Time” 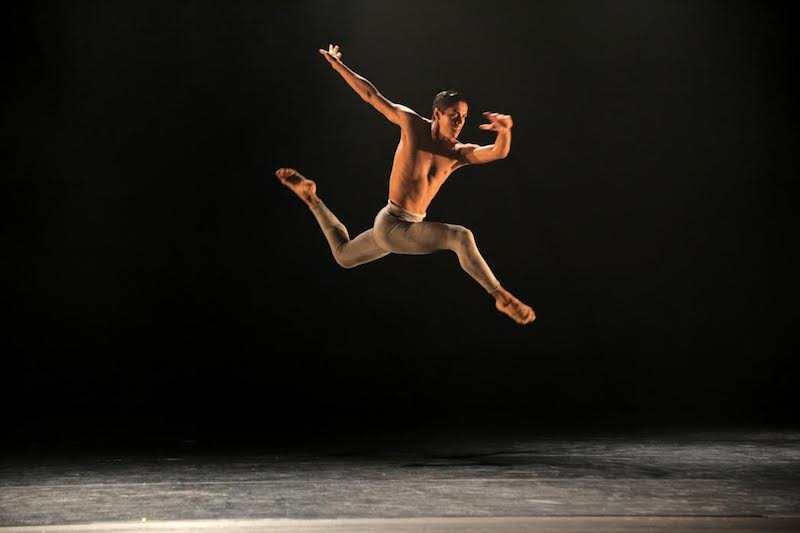 sjDANCEco presents Etched in Time on Friday and Saturday, October 18 and 19 at 8:00 pm at California Theatre, CA. sjDANCEco’s 2019-2020 season opens with a World Premiere, two West Coast Premieres, a Company Premiere, and a masterwork by José Limón. The program is performed to live music by San José Chamber Orchestra.

The 17th Anniversary of sjDANCEco opens with “Etched in Time”, a program of modern dance featuring two new works that premiered in March at the Kennedy Center in Washington D.C.  Included on the program are a world premierebased on the experiences of a DACA/Dreamer, a 1950 masterwork by José Limón, and a revival of a piece inspired by Nelson Mandela. This season also marks the 10th year of collaboration with conductor Barbara Day Turner and the San José Chamber Orchestra.

José Limón’s powerful 1950 masterwork “The Exiles” is a male-female duet inspired by John Milton’s poem Paradise Lost, set to Chamber Symphony No. 2, Opus 38 by Arnold Schoenberg, an Austrian composer who emigrated to the United States in 1933 to escape the Nazis. (He began writing his Second Chamber Symphony in 1906 and completed it in 1939.) A version created by the composer will be played four hands on two pianos by Eva-Maria Zimmermann and Keisuke Nakagoshi (ZOFO). The piece will be danced by Kelisha Gardeen and Gabriel Mata.

“Stopping by Woods on a Snowy Evening” by Hsiang-Hsiu Lin with music of the same name by Randall Thompson is based on the poem by Robert Frost, and performed by the San José Chamber Orchestra with the San José Choral Project.  Danced by eight members of the company.

Hsiang-Hsiu Lin will also present her Company Premiere of “Tomorrow”, set to ‘For All We Know’ written by J Fred Coots & Sam M Lewis. Danced by Katherine House.

A World Premiere from choreographer Gabriel Mata entitled “This is where/I Begin...” is set to JENUWINE FLOW by Michael Wall. It is a solo work performed by Mata which is inspired by the plight of a DACA/Dreamer immigrant living in the United States.

“Etched in Time” is a group collaborative that explores the multi-generational experiences of the dancers. It is set to music by Jazon Escultura that was commissioned for the piece. The music was actually created AFTER the dance. It was a collaborative effort along with Gary Masters, Barbara Day Turner and composer Escultura who together watched video of the dancers and then discussed how the music should sound. It was originally a “sound scape” computer-generated score, but has now been transcribed and will be performed live by the orchestra. Danced by Maria Basile, Kelisha Gardeen, Gary Masters, Gabriel Mata and Fred Mathews.

For more information go to at www.sjdanceco.org