So You Think You Can Dance Nominated for 8 Emmys! 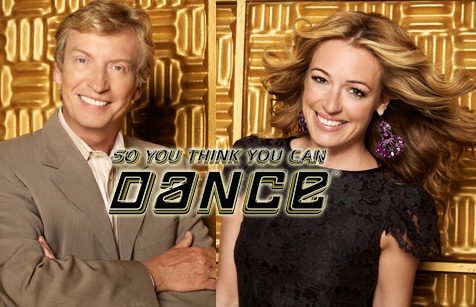 The 2011 Emmy nominations have been announced and So You Think You Can Dance has picked up a total of 8 nominations! And they aren’t all for choreography, with Cat Deeley being nominated in the Best Reality Host category.

In the Best Reality Competition category, So You Think You Can Dance is up against The Amazing Race, American Idol, Dancing with the Stars, Project Runway and Top Chef.

SYTYCD choreographers have dominated their category in 2011 with Tabitha and Napoleon D’umo, Mia Michaels, Mandy Moore, Stacey Tookey and Travis Wall all honored with choreography nominations.

The show has also been nominated for Best Lighting Design/Direction.

The 63rd Primetime Emmy® Awards, which celebrate excellence in national primetime programming, will be held on Sunday September 18.