Starpower International has been the worldwide leader in the competition industry for the past 32 years and continues to grow and improve each year. Starpower offers a professional, exciting, energetic, and unique competitive setting for all dancers. Starpower is proud to award performers with hundreds of thousands of dollars in scholarships to Star Dance Alliance programs in America. Starpower offers 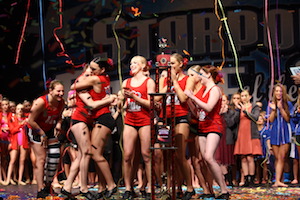 opportunities for performers around the world to compete with its diverse tour dates and locations in 12 countries across 4 continents.

Dancers can compete in all styles of dance; including jazz, modern, tap, contemporary, lyrical, musical theater, and many more for all ages! Starpower also offers three levels of competition for dancers. Starpower’s judges have a variety of expertise in all areas of dances, with background as varied as Broadway, commercial dance, dance studio owners, and industrial professionals.

Starpower offers its participants a chance to win thousands in star dollars, scholarships for dancers to pursue a college education, scholarships to attend our dance workshops and other competitions in America, trophies, plaques, pins, banners, and much more!