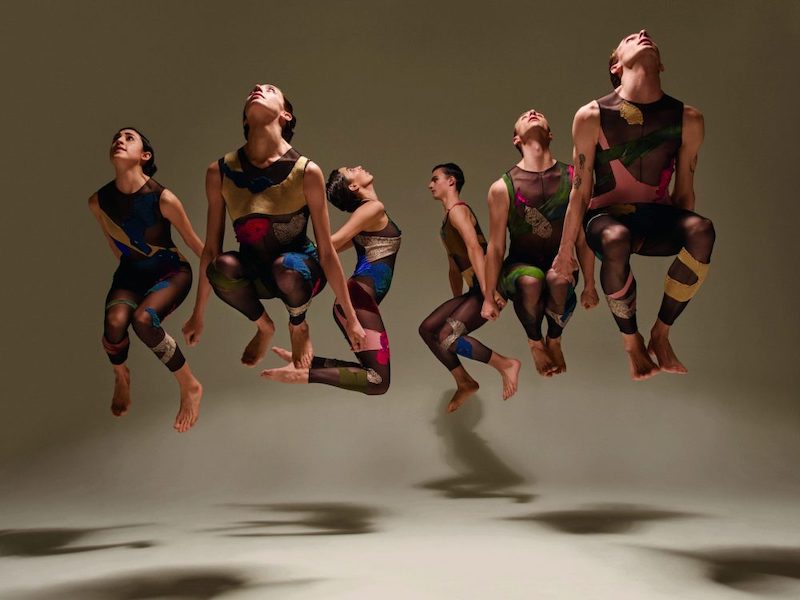 Stephen Petronio Company is proud to announce a series of online programming created and organized in the wake of the global pandemic. Running May 13–June 14, 2020, the online season includes the premiere of two new works, archival streams, and conversations. All events are free.

Beginning on May 15 at 8pm, The Joyce Theater will stream a 2019 archival recording of Stephen Petronio’s American Landscapes. In a series of shifting pastoral, emotional, and social “kinetic canvases,” American Landscapes reflects the complicated beauty and roiling histories of the United States of America. The work features Petronio’s signature, virtuosic movement language, visual design by Robert Longo, and an original score by Jozef Van Wissem and composer Jim Jarmusch. A conversation between Aaron Mattocks, Director of Programming at The Joyce, and Stephen Petronio will accompany the stream. American Landscapes will be available online until May 22 at 10am.

From May 18–June 14, the Merce Cunningham Trust will stream an archival recording of Merce Cunningham’s Tread performed by Stephen Petronio Company and recorded in April 2019. Tread, from 1970, is considered to be one of Cunningham’s lighter works. American conceptual artist Bruce Nauman designed the décor which consists of ten large industrial fans aligned in a row across the front of the stage, alternately stationary and turning from side to side, and blowing out into the audience. A conversation between Patricia Lent, Jennifer Goggans, and Petronio will also be released at the same time.

On May 29 at 6pm, Stephen Petronio Company will present #LoveSpreadsFaster, a virtual event featuring the premiere of #GimmeShelter, a new full-company video work by Petronio created via Zoom in collaboration with and dedicated to his sheltering-in-place dancers. Edited by Blake Martin, #GimmeShelter embraces the limitations of physical space along with the fear and anxiety of the present moment. Petronio draws on his DIY aesthetic from the early 1980s to create a new work that yearns for human connection at a time when the world insists we remain apart.

#LoveSpreadsFaster will also feature the Danse Sacrale solo excerpt from Full Half Wrong, Petronio’s 1993 take on Igor Stravinsky’s Rite of Spring. Performed by Jaqlin Medlock, the work’s main solo casts women into primary focus by taking the idea of the “Virgin’s Sacrifice” and flipping it into an act of female empowerment. #LoveSpreadsFaster will be available online until June 5 at 10AM.

On May 30 at 6pm, Stephen Petronio Company will present _AShadowPrince, the first commissioned work as part of the new Bloodlines(future) program. This solo on video by emerging choreographer and performer Johnnie Cruise Mercer was commissioned as a physicalized self-portrait, a memoir tracking through his personal past yet treading toward an inherited epic future. The new work takes form within a multi-layered facilitated process, a scattered series of ritualistic happenings inspired by rebellion, rooted in the radical, and called upon by courage.