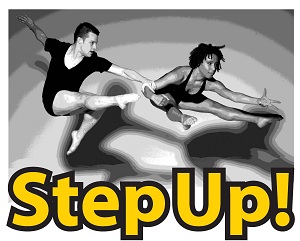 Steps on Broadway will host Step Up! on Friday, Nov. 16 in an effort to raise money for victims of Hurricane Sandy, the largest Atlantic hurricane on record, which hit the mid-Atlantic and northeastern states in late October.

An improv jam class will be led by the Steps Repertory Ensemble and will feature live music from 7:45 p.m. to 9:45 p.m.

A hip-hop class and a flamenco class will be led at the same time – the hip-hop instructed by David Guggino, Matt Lopez, Millz and Derek Mitchell and the flamenco by JoDe Romano.

For those looking for some Broadway flair, a theater dance class will be offered from 8 p.m. to 9:30 p.m. Performers Chris Liddell, Richard Pierlon and Jeff Shade will lead.

Lastly, for those just looking for a fun, fast-moving workout, Zumba will take place from 8:30 p.m. to 9:30 p.m. Gigi and Danielle Pierce will lead this hip fitness class.