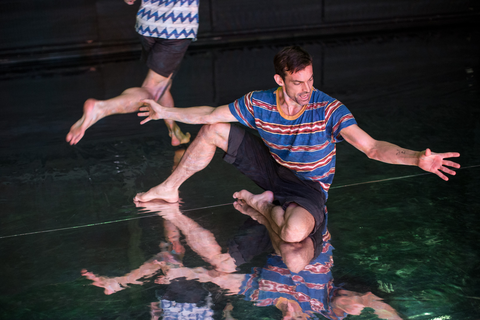 The Forsythe Company, a contemporary dance company led by international choreographer William Forsythe in Germany, will present Eifo Efi on June 12-15 at Hellerau European Center for the Arts in Dresden. Eifo Efi, choreographed by Fabrice Mazliah and Ioannis Mandafounis, is about the observer and the observed, and those who change roles and become a synthesis of unity and multiplicity.

In a way, the program could not have more symbolic timing as the company’s founder and longtime director has announced his decision to essentially shift from his role as the observed to the observer. He recently made the choice to step down from the position of artistic director starting in September 2015.

The Forsythe Company, which Forsythe has led for 10 years, will continue to be associated with him, with him serving as an artistic adviser. But otherwise, he will be teaching at the University of Southern California’s Glorya Kaufman School of Dance. A press statement announced Jacopo Godani, a former dancer with Forsythe’s Ballet Frankfurt, will take over as the new artistic director.

Eifo Efi, which premiered last September, will now be amongst the last works Forsythe commissioned for the company while artistic director. To see it live, order tickets at www.theforsythecompany.com.