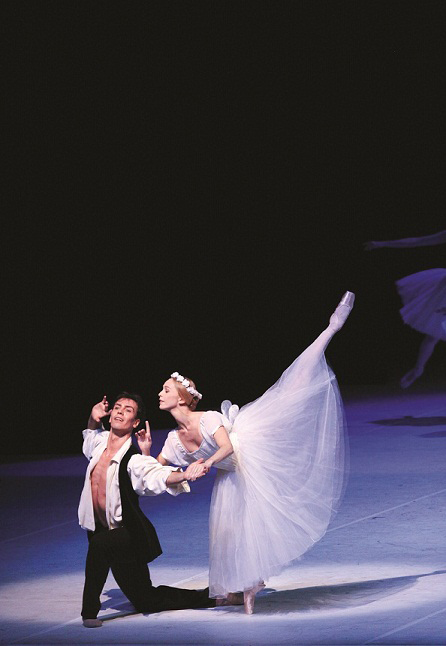 The San Francisco Ballet recently welcomed The Hamburg Ballet to the Opera House stage for special U.S. performances of Nijinsky, John Neumeier’s dance theater epic based on the tumultuous life of historic dancer Vaslav Nijinsky. The second program of San Francisco Ballet’s 2013 season, Nijinsky will be performed by The Hamburg Ballet and runs now through Tuesday, February 19.

Nijinsky has captivated dance lovers worldwide since its debut in 2000. Hailed as “darkly triumphant” by the Los Angeles Times, Nijinsky features scenery, lighting and costumes by Neumeier, whose work also includes the San Francisco Ballet sensation The Little Mermaid, which made its national broadcast debut on PBS Great Performances in 2011.

Performed by the Germany-based Hamburg Ballet, for whom Neumeier has served as Artistic Director since 1973, Nijinsky tells the story of the iconic dancer-choreographer’s descent into madness, from his magical beginnings with Les Ballets Russes to his final breakdown in St. Moritz, Switzerland during World War I. The ballet is set to a score by Frédéric Chopin, Robert Schumann, Nikolai Rimsky-Korsakov, and Dmitri Shostakovich – including music made famous by some of Nijinsky’s greatest performances, including Michel Fokine’s Carnaval and Sheherazade.