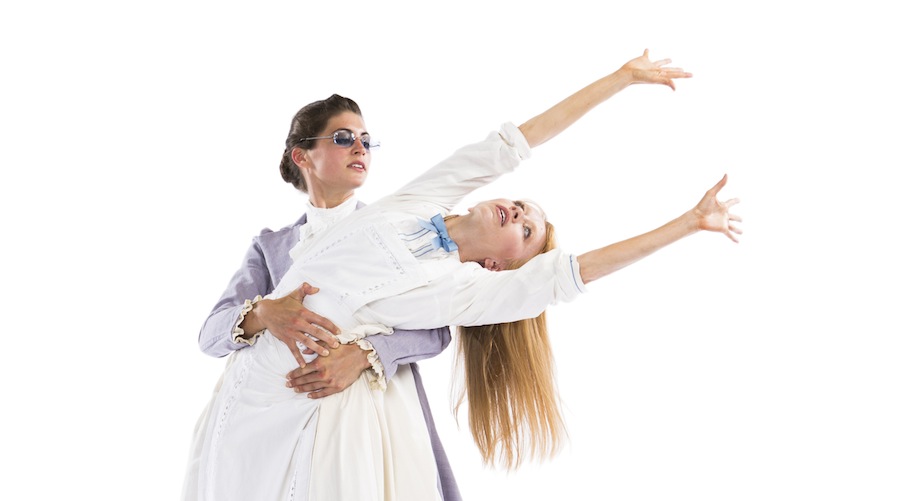 Award-winning choreographers Ann Reinking and Melissa Thodos are teaming up again to co-choreograph A Light in the Dark, the story of Helen Keller and Anne Sullivan, their second full-length contemporary story ballet, this time telling an intimate family story about the extraordinary woman who was deaf and blind, yet went on to become a world-famous writer, political activist and inspiration to all.

A Light in the Dark, the story of Helen Keller and Anne Sullivan is an equally powerful yet more intimate, family-friendly follow-up to Thodos Dance Chicago’s recent success with The White City: Chicago’s Columbian Exposition of 1893, a work that told the story of Chicago’s legendary 1893 World’s Fair through contemporary dance, and was named “Best Dance 2011” by the Chicago Sun-Times.

In fact, the same White City creative team is returning to collaborate on A Light in the Dark, including composer Bruce Wolosoff, who is creating an original score exclusively for this new work, Emmy Award®-winning filmmaker Christopher Kai Olsen, who will create a behind the scenes film, dance legend Gary Chryst, who will provide rehearsal and stage direction, Nathan Tomlinson, TDC’s resident lighting designer, and Nathan Rohrer, TDC’s resident costume designer.

Characters in A Light in the Dark include Helen Keller, Helen’s mother (Kate), Helen’s father (Arthur), Helen’s brother (Philip), Anne Sullivan, Anne’s brother (Jimmie, who died young in an asylum), and Anne’s students at a school for the blind where she taught before becoming Helen’s teacher.

“Naturally I thought of Melissa, our past creative collaborations, and her incredible ensemble of dancers when I wanted to take the idea of telling Helen Keller’s story through dance from mere concept to reality,” Reinking said.

To prepare for the work Artistic Director Melissa Thodos said her and Reinking travelled to the Helen Keller National Center on Long Island, an education center that works with persons who are deaf and blind.

“We spent an entire day at the center with its staff, an interpreter and its residents and came away with a deeper understanding of the deaf/blind community and a fueled passion for the development of our new work together,” Thodos said.

A Light in the Dark, the story of Helen Keller and Anne Sullivan will be the first act of Thodos Dance Chicago’s Winter Concert 2013, which also will boast a second act featuring the new work Rest is Not Always Possible by west coast choreographer KT Nelson, Co-Artistic Director of ODC Dance Company in San Francisco, another world premiere by TDC founder and artistic director Melissa Thodos titled Subtle Passages, and a reprise of Lullaby by Brian Enos, guest choreographer for TDC’s recent New Dances 2012 choreography performance series.

Thodos Dance Chicago’s Winter Concert 2013 will be presented in two Chicago-area venues, first on Saturday, February 16, 2013 at 8 p.m. at the North Shore Center for the Performing Arts, located at 9501 Skokie Boulevard in Skokie. Tickets are between $36-$46. Student tickets will also be available with a valid ID. For tickets and information, call (847) 673-6300, or purchase tickets online at northshorecenter.org.

TDC will reprise its Winter Concert 2013 on Saturday, March 2, 2013 at 8 p.m. and Sunday, March 3 at 2 p.m. at the Harris Theater for Music and Dance, located at 205 East Randolph Street in downtown Chicago. Tickets are between $30-$60. Likewsie, student discounts will be available. To purchase tickets to the Harris performance via phone, call (312) 334-7777 or visit harristheaterchicago.org.