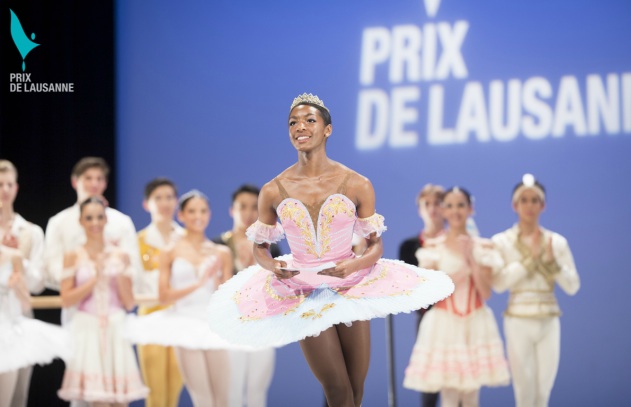 American ballerina Precious Adams was one of six dancers awarded at the 42nd edition of the Prix de Lausanne. The international ballet competition ran from January 27 to February 1, 2014 in Lausanne, Switzerland. Adams trains with the Bolshoi Ballet Academy in Moscow, Russia.

This year’s competition had a total of 295 candidates from across the world apply. Of those, only 69 candidates were chosen to compete in the prestigious weeklong competition in Switzerland.

After the semi-finals of the competition, only 20 dancers were selected to compete in the finals, set for Saturday, February 1. Amongst these finalists, Adams was one of only six awarded a scholarship. This prize will allow her and the other winners to further their dance studies with one of the 61 prestigious Prix de Lausanne partner schools or companies.

In addition, Adams was awarded the Contemporary Dance Prize by Minerva Kunststiftung.

For the non-awarded candidates, the Prix de Lausanne has organized a Networking Forum, an audition giving them the opportunity to be chosen by representatives of partner schools and companies of the Prix. The forum, in addition to all the experience they’ve gained, makes the competition worthwhile for all participants.

Over the course of the week, jury members observed the candidates performing their chosen classical and contemporary variations. The jury was made up of nine internationally-renowned dance professionals, chaired by Kay Mazzo, former principal dancer with the New York City Ballet and current co-chairman of the School of American Ballet.

To see high-resolution photos or video excerpts from the competition, visit www.prixdelausanne.org.