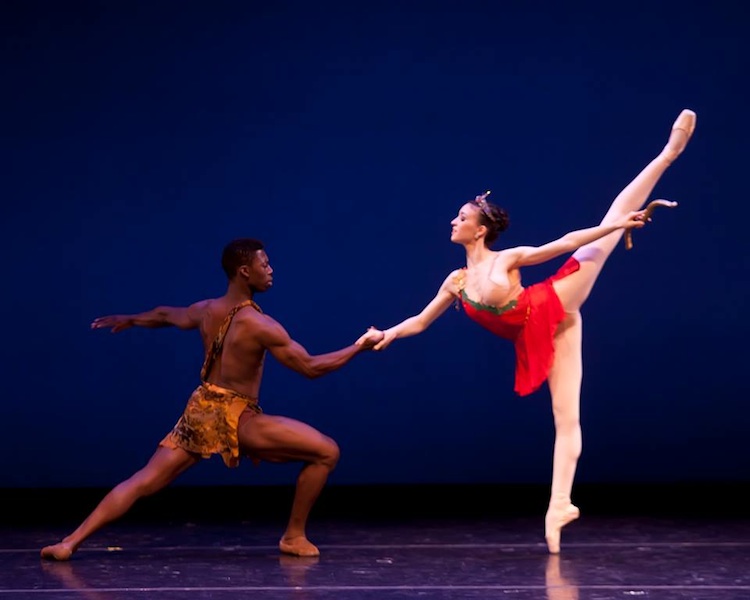 It’s that time of the year again! Almost 100 dancers from 22 countries are about to descend upon New York City for the 2013 Valentina Kozlova International Ballet Competition in the hopes of winning professional contracts, scholarships, monetary rewards and other special prizes.

The Valentina Kozlova International Ballet Competition (VKIBC), formerly known as the Boston International Ballet Competition (BIBC), is a worldwide ballet competition that was started in 2011 by Valentina Kozlova, a former Principal Dancer with Bolshoi Ballet and New York City Ballet. VKIBC gives student and professional dancers ages 13 to 25 years old an opportunity to perform and compete in a positive and encouraging atmosphere before a distinguished panel of international judges.

The competition kicks off on Thursday, June 27 with the Opening Ceremony at 12:30 p.m. and Round One for Juniors and Seniors at 1 p.m.

The Closing Gala will be on Sunday, June 30 with the Prize Ceremony at 5 p.m. and the Closing Gala performances at 6 p.m. The entire competition will take place in the Concert Hall of LaGuardia High School for the Performing Arts, right behind Lincoln Center, home of American Ballet Theatre (ABT) and New York City Ballet (NYCB).

Plus, in keeping with VKIBC’s mission of promoting young dancers and choreographers, the Gala will also feature a new creation by choreographer Jason Ambrose to be performed by Amber Miller, Cassandra Trenary, Jaimi Cullen and Yui Sugawara.

Tickets to the three rounds of competition and the Closing Gala are now on sale. To purchase tickets, visit www.vkibc.org or call 212-868-4444. The entire competition will be broadcast live on Pay-Per-View.