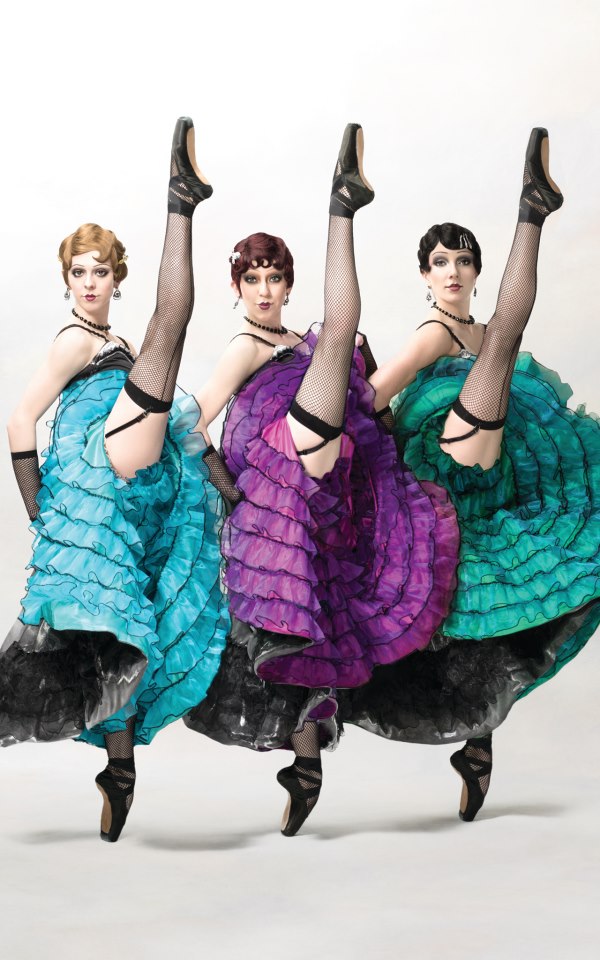 The Washington Ballet (TWB) concludes its 2012-2013 season with the world premiere of Artistic Director Septime Webre’s Hemingway: The Sun Also Rises. The new ballet based on Ernest Hemingway’s American classic opens with a preview May 8 and runs May 9-12 at The John F. Kennedy Center for the Performing Arts’ Eisenhower Theater.

Capitalizing on the success of his adaptations of The Great Gatsby and ALICE (in wonderland), Septime Webre is bringing another classic novel, The Sun Also Rises, to the ballet stage. For this project, Webre has put together an outstanding team of artists, including costume designer Helen Q. Huang, set designer Hugh Landwehr, lighting designer Clifton Taylor and studio musician and arranger Billy Novick, composer of The Great Gatsby.

In addition to the team above, Hemingway: The Sun Also Rises, will feature the work of multimedia artist Aaron Rhyne. During Act I, video and still images will be projected onto the set to evoke the feel of seedy 1920s Pariscafés, The Lido (Lido de Paris) and a moody, somber, post-World War I disillusionment. In Act II, the audience will feel as if they have been transported to Pamplona, Spain where brilliant outdoor cafes, the running of the bulls and a bullfight are projected onto the action on stage.

“Tackling Hemingway is no small feat,” Webre said. “The guy was a beast of a man and one of the most brilliant writers the world has seen. In The Sun Also Rises, his writing style and plot lines capture perfectly the spirit of the ‘Lost Generation,’ those American expatriates cohorting after dark on Paris’ Left Bank.”

Coined by Gertrude Stein, Hemingway’s literary mentor and rival, the phrase “Lost Generation” was popularized in The Sun Also Rises to describe a generation of expatriate Americans. The phrase is a fitting opening for Hemingway’s 1926 novel and for Webre’s ballet Hemingway: The Sun Also Rises. The story follows Jake Barnes, an American journalist and expatriate living in Paris, who struggles to find meaning in life, love, masculinity and friendships. While on the surface the novel is a love story between Jake, a man whose war wounds have made him impotent, and the promiscuous divorcée Lady Brett Ashley, the work delves much deeper during their physical and spiritual journeys through Paris, Spain and a fishing trip in the Pyrenees.

Tickets for Hemingway: The Sun Also Rises, priced from $25 to $125, are available at www.washingtonballet.org, www.kennedy-center.org or by calling 202.467.4600. All performances are in the Eisenhower Theater in The John F. Kennedy Center for the Performing Arts located at 2700 F Street NW, Washington, DC.