‘Woman of Leisure and Panic’ at FringeNYC 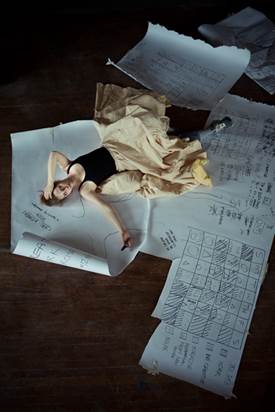 Dancer and actress Charlotte Bydwell brings her acclaimed solo show, Woman of Leisure and Panic, to the 17th annual New York International Fringe Festival (FringeNYC) for five performances, August 11-23 at the Theater at the 14th Street Y, located at 344 East 14th Street (near First Avenue). The show, which is written, choreographed and performed by Bydwell, premiered in the 8th Annual soloNOVA Festival in 2011 and received a nomination for a New York Innovative Theatre Award for Outstanding Performance Art Production.

A whimsical combination of dance and theater, Woman of Leisure and Panic depicts a young woman’s quest to find balance in a life where every achievement seems to bring further uncertainty. With wit and humor she struggles to remain financially stable, creatively productive, physically fit, romantically satisfied, reasonably on schedule and still standing….or should she sit??

Bydwell, a graduate of Juilliard, began her career as a sought-after dancer, working with New York choreographers Larry Keigwin and Monica Bill Barnes. She went on to join the resident acting company at The Flea Theatre, where she played an important role in their smash success These Seven Sicknesses by Sean Graney. In 2012, Bydell was a resident actor at the Williamstown Theatre Festival, where she appeared in The Importance of Being Earnest, directed by David Hyde Pierce, and A Month in the Country, directed by Richard Nelson. Most recently, she starred in the Indie film The Life of Significant Soil, shot in New York.

For her work Woman of Leisure and Panic, Bydell’s collaborators include Carlye Eckert and Erica Evans. For more information on upcoming performances, visit www.womanofleisureandpanic.tumblr.com. To book tickets to a show at the Fringe Festival, visit www.FringeNYC.org.