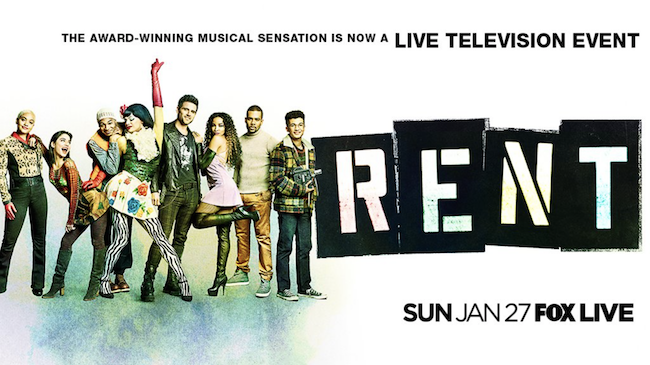 Jonathan Larson’s Tony-, Grammy- and Pulitzer-winning musical Rent is set to hit the small screen on Sunday, January 27. The live production will air on FOX on the East Coast from 8 to 11 p.m. and with a tape-delay on the West Coast.

It boasts a star-studded cast, including Vanessa Hudgens as Maureen Johnson, Tinashe as Mimi Marquez, Jordan Fisher as Mark Cohen and RuPaul’s Drag Race contestant Valentina as Angel. So You Think You Can Dance Season 7 competitor Robert Roldan and Season 15 winner Hannahlei Cabanilla will make appearances. Plus, The Greatest Showman’s Keala Settle will pop in to sing the beloved “Seasons of Love.”

But the biggest reason to get excited? Sonya Tayeh is the mastermind behind the brand-new choreography! Tayeh, who recently choreographed the new Moulin Rouge musical, has worked across the industry – from contemporary concert dance, to Broadway, to academia, to SYTYCD.

With the Rent: Live poster, she posted on Instagram, “Very, very proud of what we are making.”

Rent is being executive-produced in part by Marc Platt, known for Grease: Live, La La Land and Wicked.

The musical is a re-imagining of Puccini’s La Bohème, set in New York City’s gritty East Village. It follows the stories of seven artists struggling to follow their dreams.

With Larson’s tour de force celebrating its 20th anniversary this year, the live musical production seeks to continue offering an inspiring message of hope and friendship.