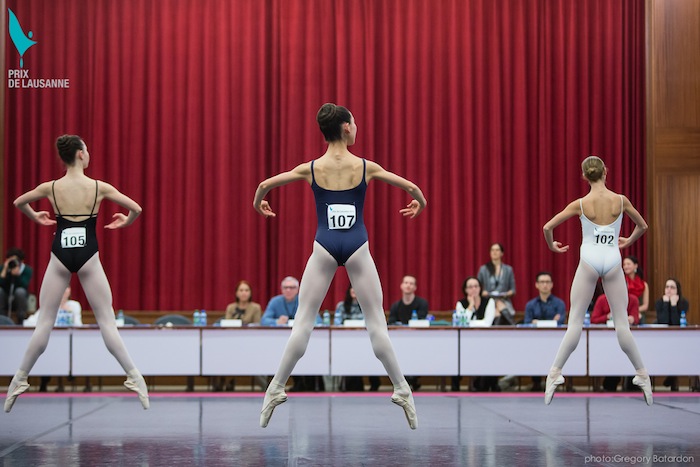 Among the 67 candidates who took part in the 2015 Prix de Lausanne’s Selections on Friday, February 6 in Switzerland, the jury has selected 20 finalists. (See names below.)

The jury panel, whose members are among the most celebrated in dance worldwide, is being presided over by the legendary Cynthia Harvey, a former principal dancer at American Ballet Theatre in New York and The Royal Ballet in London.

These 20 young dancers listed below will take part in the Finals on Saturday, February 7 at 3 p.m. in front of a live audience and streamed live on the Internet. Six of the finalists will be awarded a one-year, all-expenses-paid scholarship at one of the Prix de Lausanne’s partner schools or companies, among the most prestigious in the world.

Through the Prix’s Networking Forum, candidates who were not selected for the Finals still benefit from the opportunity to be seen by school and company directors from around the world. Following an audition class, interviews are organized with directors of Prix de Lausanne partner schools and companies wishing to recruit one or more candidates. Interviews with finalists who do not receive a prize are also arranged after the award ceremony.

Head to www.prixdelausanne.org to watch the live streaming competition. While the jury deliberates after the Finals, viewers will enjoy a short performance by former prizewinners and dancers from the competition’s partner institutions. This year, this includes Karen Azatyan, a current soloist at Germany’s Hamburg Ballet, and Arsen Mehrabyan, a current principal at The Royal Swedish Ballet – plus Vahe Martirosyan, a first soloist at The Royal Swedish Ballet.