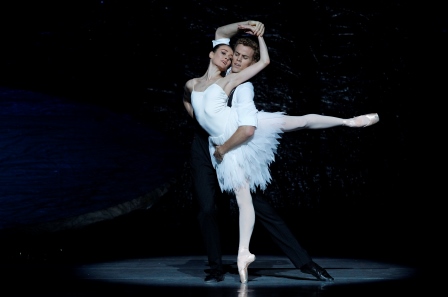 The Australian Ballet has confirmed its next international tour will be to London, from July 13-23. Marking the company’s 25th tour abroad, it will present two of its signature works – a return season of Graeme Murphy’s highly acclaimed Swan Lake and Alexei Ratmasnky’s Cinderella.

Casting for both programs includes: Principal Artists Amber Scott and Adam Bull as Odette and the Prince, with Soloist Dimity Azoury as the Duchess, for the opening of Swan Lake, then followed by Lana Jones, Rudy Hawkes and Amy Harris, and Leanne Stojmenov, Kevin Jackson and Ako Kondo. Principal Artists Leanne Stojmenov and Daniel Gaudiello will dance as Cinderella and the Prince to open Cinderella, followed by Amber Scott and Ty King-Wall, and Ako Kondo and Chengwu Guo.

The Hon Alexander Downer AC said, “As the Australian High Commissioner to the United Kingdom, I am extraordinarily proud to welcome The Australian Ballet to London, one of the key centres for ballet and dance. The Australian Ballet is one of the world’s leading ballet companies presenting innovative and contemporary productions of some of the finest ballets. I know that London audiences will be enthralled by their unique Australian offering.” 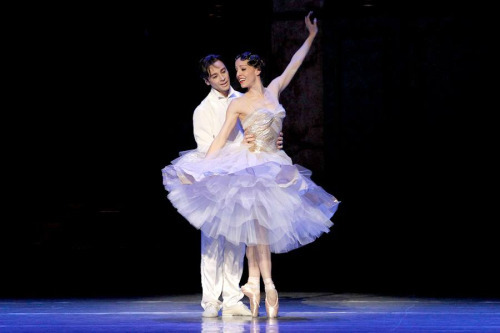 Performing at the Coliseum, the West End’s largest theatre, this two-week season starts with Graeme Murphy’s well-known Swan Lake on July 13–16. Produced to mark the company’s 40th anniversary in 2002, Murphy melds the sheer power of a classic ballet with a modern day romance. Inspired by the notorious love triangle between Princess Diana, Prince Charles and Camilla Parker-Bowles, Swan Lake invites the audience into a world of duty, lust and betrayal, where no heart is left untarnished.

The second production to grace the Coliseum stage between July 20 and 23 is Alexei Ratmansky’s Cinderella. Making its London debut, this is a witty, glamorous and romantic retelling of the classic love story, created by one of the world’s most in-demand choreographers.

Set to one of the great ballet scores by Sergei Profokiev, the humour and charm of the Cinderella story is heightened by vibrant sets and costumes, designed by Jérôme Kaplan and drawing inspiration from Dior, Schiaparelli, 1940s Hollywood and Surrealist art. 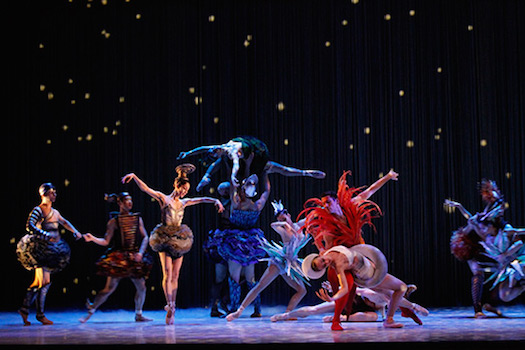 Created for The Australian Ballet in 2013, Cinderella earned the company two Australian Dance Awards in 2014, for Outstanding Performance by a Company and for Principal Artist Leanne Stojmenov in the title role. The production also won two Green Room Awards in 2013, for choreography and visual design.

David McAllister, artistic director of The Australian Ballet, said, “Both productions have become signature works for the company. Both encompass our motto of caring for tradition, but also daring to be different. In each work the dancers have not only embraced the choreographic challenges, but through many seasons have developed multi-layered characters which drive the storytelling in both ballets.”

The Australian Ballet has a long history of touring to the U.K. that stretches back to 1965 when the company first toured to London. Its last tour was in 2008 when the company performed Les Présages and Rites with Bangarra Dance Theatre.

“This tour is a great opportunity for us to showcase the distinctive talents of The Australian Ballet. As a dancer I still remember my first time performing in London. It’s a city that has seen all of the best ballet companies from across the globe. Our ties go back generations and bringing the company back to the birthplace of our founding Artistic Director Peggy Van Praagh is always a thrill,” said McAllister.

As Australia’s national ballet company, The Australian Ballet has had a long history of international touring, and has visited 37 countries and 87 cities since it was founded in 1962.